An Overview of FED’s CBDC Report 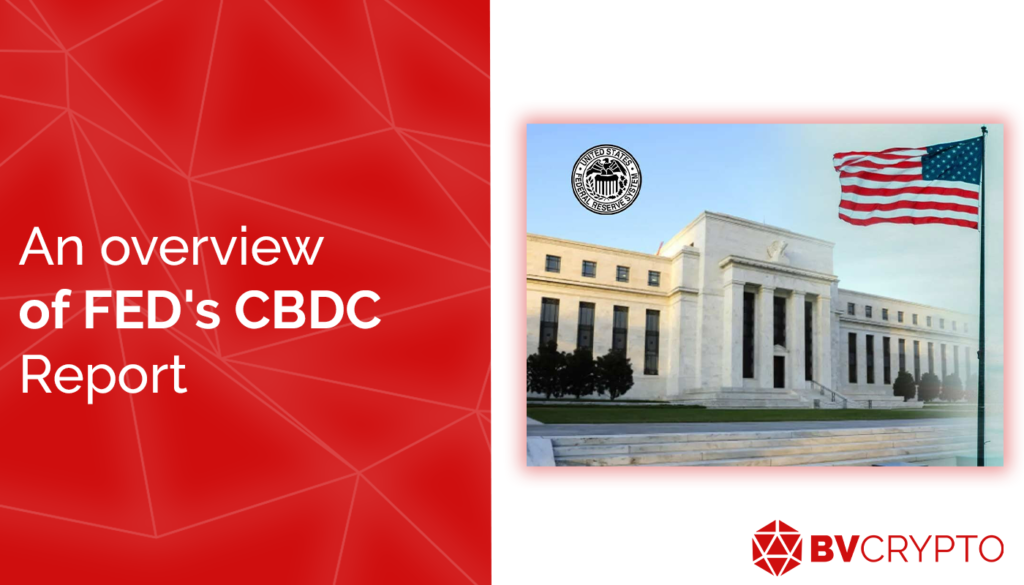 In the U.S., there are 3 main topics that are expected to become clear about the cryptocurrency market. The first is when the SEC will approve spot BTC ETF products, another is the drafting of regulation on stable currency, and the last is the FED’s decision on CBDC (Central Bank Digital Currency) (click for Japanese CBDC example). There has been no progress in this area since the SEC recently rejected the BTC ETF from Fidelity, a major investment institution. However, we see that actions related to stablecoins and CBDC are being taken more quickly, as the rapid growth of the cryptocurrency market in the financial and social sphere may complicate the FED’s economic management in the future.

Both officials from companies operating in the sector and FED President Powell have been heard in the Senate in recent months and answered various questions on this issue. In addition to the Senate’s efforts to understand and decide the market, working groups in the White House are also conducting reports and research on the subject issue. While work on stablecoins continues, the FED’s Digital Dollar, i.e. CBDC project is at its critical stage. Because if the FED releases its stable coin while the question is how much demand for other private company stables will be, understanding how the CBDC is structured and what its contributions or losses to the economy will be, is also extremely important for the future of the Dollar. In light of this information, in this article, we will review FED president Powell’s statements to the Senate regarding stable money and the FED’s report on CBDC published on January 20.

Whether the use of stable coins belonging to private companies will be banned or subject to any restrictions is an important agenda that is expected to affect the entire market, not just the US. With the increase in the demand for stablecoin loans, various platforms started to give interest in return for stable money, similar to bank interest. The interest yield, which was given at rates ranging from 4% to 7%, well above the policy rate determined by the FED, brought the banning policies to the agenda by FED as it endangered the monetary policy. Although the activities of companies providing such services are blocked in some regions with the decisions taken on a state basis, there is no ban throughout the country and these platforms continue their activities.

Due to such a policy, after the FED’s CBDC project was implemented, there was talk about stablecoins belonging to private companies could be banned. In his answer to the question about this issue in the Senate, Powell explained that if the stablecoins belonging to private companies are fully regulated, they can continue their activities with the CBDC and they have no plans to ban them.

Based on Powell’s statements, it can be said that there will be no serious changes in the US market. Because stablecoins currently operating in the US have to comply with the current regulations. However, it is very likely that the demand for other coins will decrease after the CBDC is launched.

Senator Tom Emmer announced that he is drafting a bill that would prevent the FED from violating financial privacy through the CBDC. In the proposal, it was stated that anonymity in the use of cash should extend to CBDC as well, and it was underlined that authoritarian policies similar to China should not be followed. It was stated that CBDC should have a design that does not compete with the private sector, provides innovative infrastructure, and ensures the financial privacy of users.

In blockchain technology, both transparency and anonymity can be ensured up to a point, since all transactions are public, but the names of the wallet owners are unknown. It can be said that Emmer’s proposal is for CBDC to adhere to the principles of blockchain. 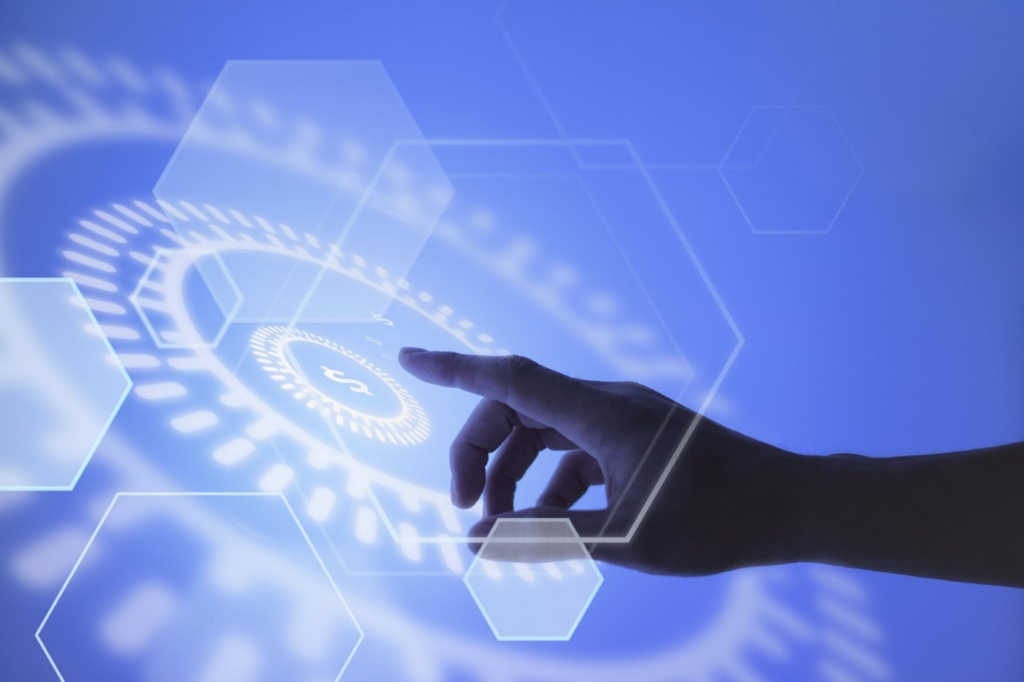 Money and Payments: The US Dollar in the Age of Digital Transformation

The report is based on the experience gained as a result of research and experiments carried out by the FED and various organizations regarding CBDC so far. The purpose of publishing the report is not a decision announcement because the FED has reached a clear decision or finding, but to share the results obtained from the data obtained so far with the market and to convey alternative views and recommendations to the FED. Thus, the report aims to initiate a national and even global discussion and develop recommendations. In this way, both the reactions of the society to the current conclusions and the examination of the overlooked points, if any, will be provided.

In the report, the FED explains the types of currencies in the US under 3 headings and explains the place of CBDC in this classification.

In the FED report, it is said that Central Bank Money is the most reliable and liquidity-free currency. The fact that the FED does not depend on assets such as gold reserves to print money naturally reduces the liquidity risk to zero.

In the report, the definition of the second-lowest risk currency is made because of the strict regulations for Commercial Bank Money and the requirement of commercial banks to keep a certain size of deposits as insurance within the scope of these regulations.

Non-Bank Currency, on the other hand, is defined as riskier compared to the other two. The reason for this can be shown as the fact that these institutions are not bound by banking regulations. While these organizations increase the income with alternative products and services, they also offer a channel where the risk is higher.

The FED specifically states in the report that the CBDC will be completely under the obligation of the central bank, that is, it will be the most reliable currency. Thus, it is desired to prevent any security and liquidity problems from occurring. In his statement, Powell pointed out that “after the CBDC, people would not prefer private company stablecoins, so he was not worried about this”. According to this classification stated in the report, it can be said that Powell is quite right. It seems much more likely that the market will use the CBDC linked to the FED, instead of private company stablecoins, whose transparency is sometimes controversial and sometimes involved in scandals. Private company stablecoins, on the other hand, may fall under the Non-Bank Currency category within the current classification. They can circumvent the strict regulations that the FED is bound to, and offer different products and services through foreign or DeFi platforms.

We have stated that the FED has not yet reached a clear conclusion on the design of the CBDC, and this report aims to eliminate such uncertainties. Another issue that the FED has not yet clarified in terms of design is whether the CBDC will yield interest. Although the FED did not reach a clear conclusion on this issue, there are opinions in the report that they are in favor of CBDC being interest-free. The main reason for this orientation of the FED is that the interest of CBDC in the market is currently unpredictable.

In the current monetary policy, the FED, which creates an abundance of money in the market and supports the economy by purchasing securities, tries to balance the increase in inflation by selling back the securities it purchased with a non-aggressive policy. For this, it is very important that the securities are in demand in the market. In the FED report, it is stated that if CBDC yields interest, although it is not in a normally functioning market, the main preference of the market in times of crisis may be CBDC.

The problems that can arise in the case of an interest-bearing CBDC are summarized below.

In the FED report, the willingness to design an interest-free CBDC is evident both to keep the technical structure simple and to minimize the above concerns.

Apart from the monetary policies above, the FED states that the design of the CBDC may be suitable for offline transfers and they are working in this area. In the report, it is mentioned that CBDC can offer an important solution by providing offline payment, especially during disaster periods, when electricity and internet outages occur.

Transactions on the blockchain are carried out using the private and public keys of the wallet holders. Therefore, for a transfer to take place, it is sufficient to send the key data of the wallet to the network. Previously, similar systems have been worked on and implemented for Bitcoin. Key data sent via SMS or radio waves showed that an internet connection is not required to perform Bitcoin transfers. However, it cannot be said to be a popular method, as it is much simpler to send Bitcoins over the internet. The FED might similarly be expected to set up a dedicated network for the CBDC using radio waves or satellite via SMS or the like.

The CBDC report, published by the FED to provide a general exchange of ideas, touches on various prominent topics as seen above. The report is also significant as it shows that the FED agrees with the market that the trend towards digitalization of money is just the beginning of a major transformation. Various question marks about the design of the CBDC seem to meet at a single point. FED thinks that if the demand from the market is large, the balances will deteriorate seriously. Therefore, if we think of the current economic structure as a pyramid, it can be said that the development of CBDC means rearranging the stones at the base of the pyramid rather than putting a stone on top of the pyramid.