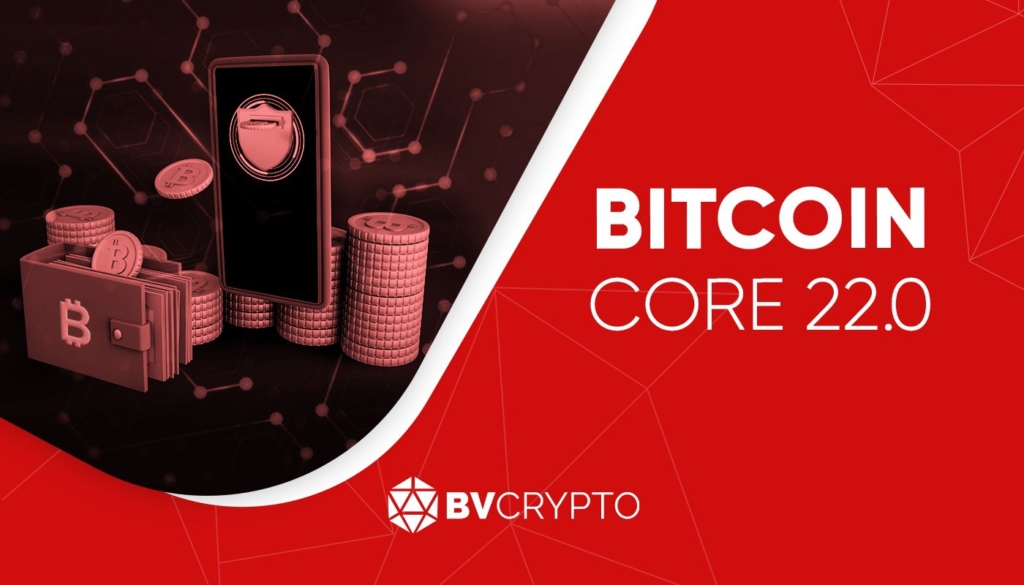 Rather than the infrastructure improvements of Bitcoin ETH and some other altcoins; the news such as BTC-based fund initiatives of corporate companies, X company has started to accept BTC for payments and Y company buys BTC for investment are on the agenda. When it comes to infrastructure developments, the first ones that come to mind are initiatives that offer speed and scalability solutions such as Polygon, Arbitrum, which work in connection with Ethereum and Ethereum network itself, and blockchain networks such as Solana and Avalanche, which are shown as competitors to the Ethereum network. On the other hand, Bitcoin blockchain network demonstrated a major development with the latest Taproot update. After Taproot, on September 13, a new major development on Bitcoin Core was released for the first time. In addition to aiming to improve the wallet infrastructure on Bitcoin Core, the development is the first major update after the Taproot update and can be seen as an important step in terms of integrating into Taproot’s innovations.

Bitcoin Core software, which was implemented by Satoshi Nakamoto 13 years ago, has witnessed 21 major updates so far. Since the latest 22nd major update includes improving the wallet application on Bitcoin Core, increasing its privacy, and the Taproot integration, it can be handled under 3 main titles.

When you want to take your Bitcoins off the exchange and keep them under your control, you need a blockchain wallet. The most common wallet is the Metamask wallet, which is used quite often for Ethereum. In addition to this wallet, hardware wallets like Ledger and Trezor are also very popular. Bitcoin Core wallet, on the other hand, is a desktop wallet that you should download and install to your computer. However, unlike the popular ones, it is hard to say that it is a very user-friendly wallet. However, the main goal of wallets is to get ahead of other wallets by offering ease of use. There are many reasons why Bitcoin Core wallet is not user-friendly:

The previous 0.18.0 update implemented the infrastructure that enables Bitcoin Core wallet to work in integration with hardware wallets such as Ledger and Trezor. However, for using this feature, it was still necessary to know certain codes. Later on, 0.20.0 development allowed the wallet to gain a partial graphical interface. In this way, although it obtained a relatively user-friendly appearance, coding knowledge was still necessary to use the wallet. 22.0 update, which is the subject of this article, has implemented improvements that allow the wallet to be used by any user without requiring code knowledge while ensuring that the wallet has a complete graphical interface. Therefore, being suitable for the use of only a specific group, Bitcoin Core wallet has been made available for general use.

To date, we have seen that Bitcoin Core wallet has a new and usable interface and can work in integration with hardware wallets. These features do not make Bitcoin Core wallet superior to other wallets. However, Tor and I2P integration of the wallet offers significant advantages in terms of privacy… Since the transactions in blockchain network are public, the tracking programs developed for various reasons such as preventing tax evasion, especially measures to prevent money laundering and crime revenues, aim to uncover the identity of the end user by tracking suspicious wallet addresses. The concept of ‘suspicious’ here can be quite subjective, and any investigation company having this software can arbitrarily investigate the wallet addresses of any person they want and the addresses they are connected with. Bitcoin Core wallet was using the Tor network to prevent this. With the 22.0 update, I2P network, which offers a privacy similar to Tor, was also integrated into the wallet. Tor and I2P are networks in which it is very difficult to find the IP addresses used to access the platforms known as deep web or dark web. If desired, BTC transfers made through Bitcoin Core wallet can be made by hiding the IP address over Tor or I2P networks. In this way, the probability of wallet tracking programs to uncover the identity is greatly reduced.

In conclusion, although Bitcoin Core wallet is starting to eliminate its disadvantages in terms of ease of use, we can say that it still does not have a user attraction against other wallet alternatives in this field. However, if users want to protect their privacy, Bitcoin Core can be seen as one of the favorite wallet choices.