The transformation set off by cryptocurrencies in the fields of finance and art is happening before our eyes. The media sector, which is just as important, has not yet seriously interacted with blockchain or cryptocurrencies. In other words, there is no strong alternative media platform working on blockchain. There have been various initiatives and efforts especially for decentralized social media platforms, but these platforms are not in strong demand.

In this article, we will examine for what purpose media organizations use blockchain technology or why they do not use it, and what it would mean for the media to be involved in a potential transformation of decentralization from the aspect of web 3.0.

One of the biggest issues in media is censorship. Censorship often bothers both writers and readers, but it also has positive effects sometimes. For instance, a child filter for browsing the Internet is a type of censorship that is useful for child development. The issue of censorship is frequently discussed in politics. As we all remember, the former president of the US, Donald Trump, was banned by Twitter. Facebook made a similar move and claimed that it served to prevent Trump from manipulating people about both the election results and the coronavirus news. This case related to Trump is an example in which we can easily see that he was censored because he was in the public eye. Who or what topics the artificial intelligence of social media censors is a broad subject, and it requires expertise to be explained in detail. A few years ago, it was revealed that Facebook could significantly interfere with the election results by imposing manipulative content on voters to earn more money.

Blockchain technology can create pressure on social media giants to use this censorship weapon more carefully and transparently, with solutions to prevent centralized censorship practices. Social media platforms tried to be built on the blockchain are attempted to be designed with a decentralized structure with the principle of resistance against censorship introduced by Bitcoin. In this way, posts of the users become censorship-resistant through decentralization. For instance, we can say that a tweet or a shared photo cannot be directly banned by a single actor like Facebook or Twitter.

Censorship from the Outside

Apart from the social media censorship discussed above, let’s take a look at the censorship practices in traditional media. Last June, public protests took place in Hong Kong against the new laws imposed by China. During these protests, the content of the Apple Daily newspaper, location of which was close to the protests, was censored by the Hong Kong government as objectionable, and it was immediately decided to shut down the newspaper. After this news, a cyber activist leaked the publications of Apple Daily to IPFS, a decentralized data storage system. Although the newspaper was shut down after a short time, these publications could be stored safely on the Internet. It is seen that the effect of external censorship is reduced with the effect of IPFS and similar systems.

Above, we tried to explain both the censorship in social media platforms and the censorship directly enforced by external organs such as the government on the media with 2 separate examples. As seen in the case of Apple Daily, blockchain technology can be an important method of protection against external pressures, as it can also be argued that social media platforms fall short in terms of censorship within themselves. The most important reason for this is the lack of an important alternative to platforms such as Twitter and Facebook. Considering that millions of users have downloaded Telegram as a result of Whatsapp’s changes in the user agreement that violate user privacy, it can be predicted that a decentralized alternative to social media giants may lead to a similar occurrence.

It may be too optimistic to expect a rapid development of alternatives from giants such as Facebook and Twitter. Not only because of the technical requirements, but also because the market and the community need to mature in this regard. For example, platforms such as IPFS and similar others mentioned in the examples above need to evolve so that data can be kept securely. Another example is that domain name rights can be given to users as NFTs. Unstoppable Domains and ENS can define specific names to the wallet addresses of the users as NFTs. Not only that, users can also launch decentralized websites with these domain addresses.

As a result, in an infrastructure where both the content and the internet addresses are decentralized, the content can be accessed no matter how much intervention there is. In addition, since wallet addresses can be named, media organizations that are pressured can freely collect donations from all over the world by naming their wallets. The best example of this is the Wikileaks platform. Wikileaks’s wallet address is known, and anyone can send donations. In short, all these developments are factors required to create a decentralized social media. When the development of these issues is completed, the main goal may be achieved, namely free media. 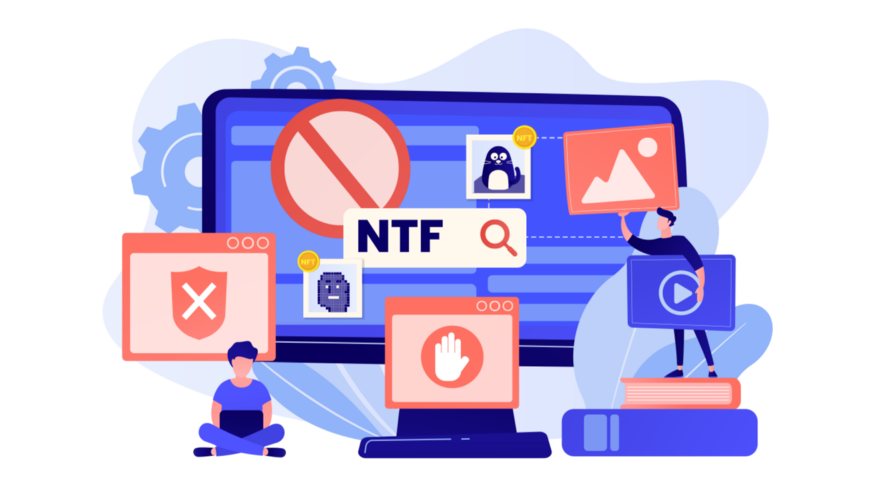 The transition from Web 2.0 to Web 3.0 brings the mechanism of the internet to a point where the community takes control, while at the same time changing the current power centers. Social media platforms have reached enormous sizes economically, as they acquired quite large and diverse data pools. Considering the fact that revenue increases in parallel with the size of the data, it can be expected that the existing mechanisms of making revenue will also change when users will have a greater say over their own data and when censorship develops in full as discussed above. In fact, current revenue models may be in danger of disappearing altogether. Looking at moves such as Facebook’s aggressive investment in the metaverse, Twitter’s integration of NFTs and cryptocurrency wallets into the platform, it can be said that the new trend of the current power centers is to shape the new trend in their own direction or delay this transformation as much as possible. Because the more Twitter and Facebook integrate cryptocurrencies into their systems, the less likely users will be to choose a decentralized platform. In this way, existing data collection models and therefore revenue models will be preserved for a while.

Speaking at the NFT event held in New York, Wikipedia founder Jimmy Wales made important statements about the integration of cryptocurrencies into Wikipedia. Wales said that they are primarily focusing on smart contract integration, which will enable the platform to generate revenue from the content on Wikipedia and get the readers more involved in the process. He talked about a system in which users can approve content added to Wikipedia by voting with smart contracts. For example, if there is inconsistent information on a topic, readers will be able to choose which of them will appear on the site. Wales stated that this could be a profitable method, but it is unlikely that everything the community will choose by paying will be correct. It is impossible to disagree with Wales on this issue, as the information on the platform can be manipulated if this method is introduced. Wales said that as a second solution, the idea of decentralizing all Wikipedia information and make them immutable came to the fore. However, the inability to change the data is an ideal solution for Wikipedia. Because the information that users add may be inappropriate and need to be changed, or a new finding may require changing the content of a well-known topic. For this reason, Wales stated that they do not lean towards this solution.

Jimmy Wales’ statements should be evaluated in a broader perspective, not only from the aspect of Wikipedia. This may lead us to the idea that blockchain solutions may not always be beneficial. Therefore, when we examine the principles such as resistance to censorship and immutability, discussed throughout the article, through social media transformation, we see various problems and questions that need to be asked.

Let’s consider a platform like Twitter as a decentralized social media. Assuming that none of the tweets on the platform can be tampered with, this will be disturbing to the majority of the community. When content becomes completely free and inviolable, content that constitutes a crime or disturbs the general values of society will inevitably be produced. In order to prevent this, the information of the people can be obtained before they become a member of the platform. However, this time, the anonymity provided by ‘sign-in with wallet addresses’ will be lost. As a solution, maybe the platform can have two separate interfaces and users on the completely free side will not complain about content that they may disturb. However, the problem here comes down to how much knowledge and questioning ability one has in an individual sense. To give an example, since Trump’s tweets cannot be banned on a free social media, questions such as “Does the fact that the number of people injecting disinfectant into their bodies, just because Trump said it, will increase justify censorship?” should be asked. Otherwise, the censorship move, which can be used as a method of protecting the community, can be manipulated by social media giants.

The cryptocurrency system, on the other hand, has no pity on people in this sense, so to speak. As the simplest example, in case of sending money from wallet to wallet, your money cannot be returned if the address is written incorrectly. In other words, we can say that the cryptocurrency mechanism leaves the user alone with their own responsibilities by allocating the cost and time to technological development to protect users from this error.

In the future, with the maturation of decentralized alternatives for social media, it can be predicted that a liability mechanism similar to that in cryptocurrency platforms will be implemented. The implementation of a “zero censorship” policy by this mechanism may turn out to be undesirable due to the above reasons. For this reason, with a possible media transformation in the coming years, users will have more say over their own data, while at the same time, comprehensive ethical discussions about how platforms should work are candidates to be one of the main topics in the coming years.

The views and comments expressed here belong to BV Crypto. BV Crypto cannot be held responsible for any financial transactions based on this article. Because every investment and trading move involves risk, we advise you to do your own research when making such decisions.