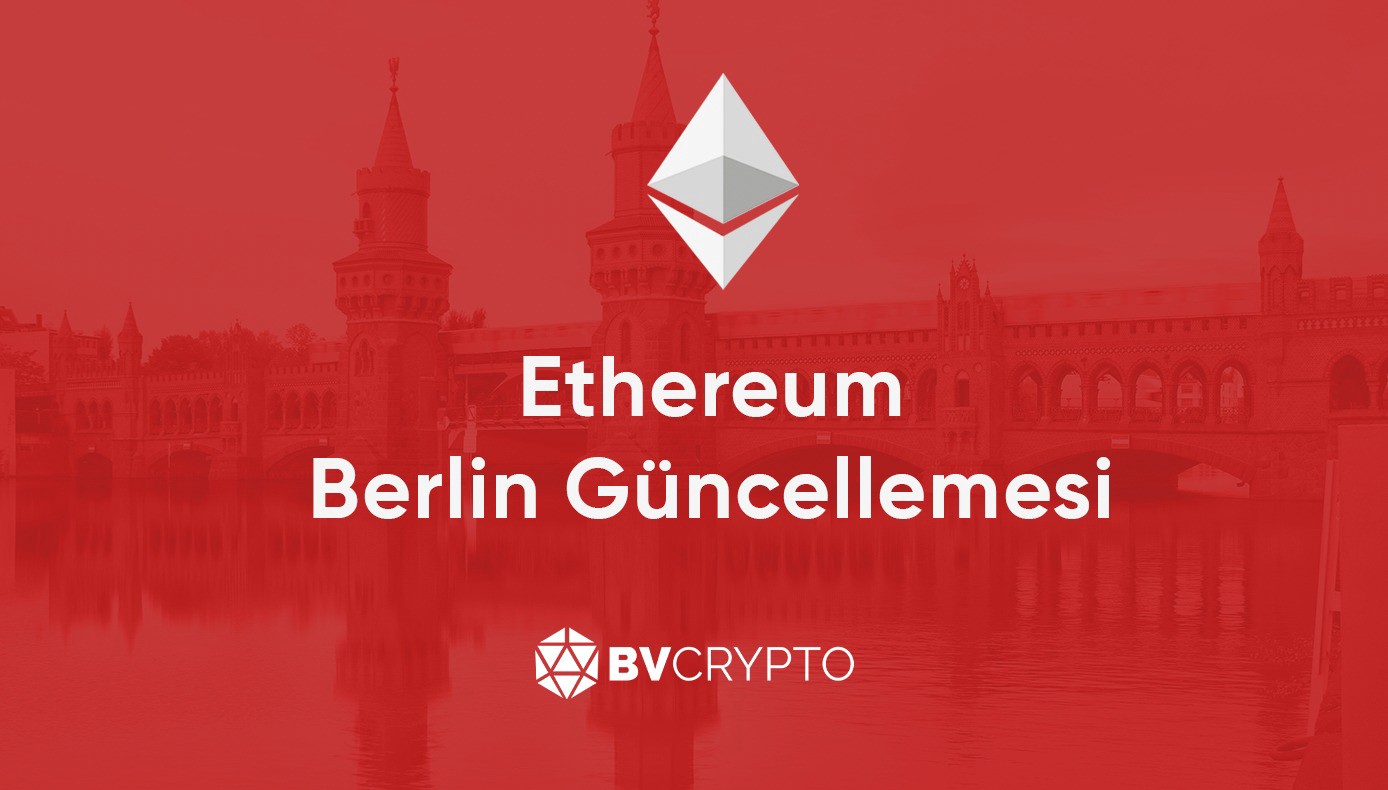 In this article, we will be reviewing the changes planned to be brought by Berlin update on Ethereum, the second largest cryptocurrency in terms of market size that owns the largest blockchain infrastructure. You can also find basic information about ETH 2.0 in the last part of our article.

Recently, heavy demand in both DeFi and NFT has caused users to complain more and more loudly about the high fees on the Ethereum network. The Berlin update, planned as a measure against such complaints, is expected to take place on April 14, with exactly 12,244,000 blocks. Miners are solely responsible for the integration of the update, whereas ETH users do not have to take any action regarding the update.

The Berlin update aims to reduce fees and make the network more effective, with 4 changes to be offered in the operation of the network.

* EIP: It stands for Ethereum Improvement Proposals. As it is decentralized, any changes planned to be made on the Ethereum network are submitted for miners’ approval. Such changes are named EIP. They are integrated into the network upon approval of the majority of miners.

It allows the recalculation of EIP-198, which enables the verification of various cryptographic algorithms with RSA signature. Currently, commission rates of EIP-198 are 5–20 times higher than they should be. Therefore a major fee discount is planned to be offered with the release of EIP-2565.

When first put into service, Ethereum only supported 1 transaction type. Such transaction type only requires “to” and “data” information. The need for a multi-transaction type has arisen with EIP-155 which prevents transactions published on alternative Ethereum chains from being broadcasting on the main network. With the EIP-2718 update, the complexity of the EIP-155 will be diminished, and new transaction types such as the recently approved EIP-1559* are expected to facilitate integration.

EIP-1559: EIP-1559, expected to be integrated into the network with the London update following the Berlin update, will make significant changes in the operation of the network.

The update plans to allow twice the transaction capacity of the network to approve transactions when it is busy as well as base fees for each block. A deflationary effect is aimed through directly burning such base fees. Moreover, miners will only benefit from block rewards after the update. Users who want their transaction to be confirmed quickly will be able to tip the miners. With such change being adopted, the fee to be paid to the miners in order to expedite the process is aimed to be determined under free market rules and to balance it on its own.

Significant changes will be made in the commission rates charged for SLOAD, *CALL, BALANCE, EXT* type transactions. To give an example, the commission fee (gas) in the range of 700–2600 for each CALL encoding will be limited to 100 gas with the release of EIP-2929. Instead, a high gas fee will be charged only in the first transaction for the specified types of codes, with a subsequent commission discount that will have a long-term effect with minimum fees planned. The gas fee only being charged in the first transaction will strengthen the resistance of the network against DOS attacks.

The minimum gas amount to be charged after the first transaction is above the amount required for the data verification system Merkle.

EIP-2930 update aims to mitigate some increases in gas costs due to EIP-2929 and to fix breaking changes in existing contracts.

Being the main update, the ETH 2.0 update includes enhancing the speed, scalability and effectiveness of the Ethereum network significantly. Updates with specific changes such as Berlin, on the other hand, can be considered as the stones laid on the road leading to ETH 2.0.

Following the release of 2.0 update, Ethereum will no longer use the Proof of Work (POW) consensus mechanism used by Bitcoin, switching to the Proof of Stake (POS) mechanism. This update, which envisages changing the basic building blocks on the network, consists of 3 stages. Although no exact date is specified, the update is expected to be finalized approximately in 2022–2023.

The first stage of Ethereum 2.0 was implemented with Beacon Chain on December 1, 2020. Integration to the existing Ethereum network has not been completed yet, however, the staking infrastructure, the most important element of the POS system, has been provided with Beacon Chain. ETH stake, besides creating an infrastructure for the security of the network, has also allowed users to earn passive income like interest.

In addition to the consensus mechanism, the sharding development of Ethereum 2.0 aims to increase the current speed of the Ethereum network from 14–30 transactions per second to 100,000 transactions per second. Such development is aimed to be adopted by supporting the Ethereum network, which currently consists of consecutive blocks on a single chain, with parallel side chains.

The changes offered by the Berlin update are limited to the 4 items above. Stay tuned to read our upcoming articles about the new regulations towards ETH 2.0, brought by the London update expected to be released in July.