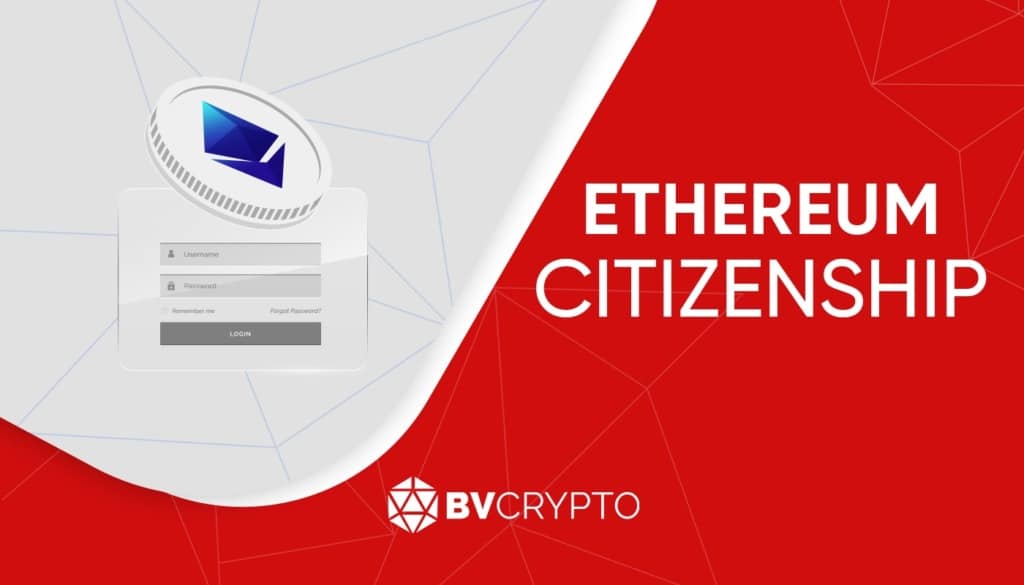 With the advent of cryptocurrencies in our lives, we can say that while payment processes are accelerating, the feeling of “swimming in safe waters” has begun to disappear. When traditional methods, such as sending money through a bank, buying real estate, using a loan or investing in a company are considered, we know that we always act under an insurance or government guarantee. The use of cryptocurrencies in such areas has brought a lack of specific guarantees with it due to the complexity of creating insurance mechanisms on blockchain platforms, where transactions will take place, and lack of regulations. This circumstance can be considered as a sacrifice for the sake of achieving a faster and freer financial movement. However, radical transformations in this area may not always lead to sacrifices. Cryptocurrency wallet addresses, which are not easy to memorize and do not accept typing errors, can now be named. 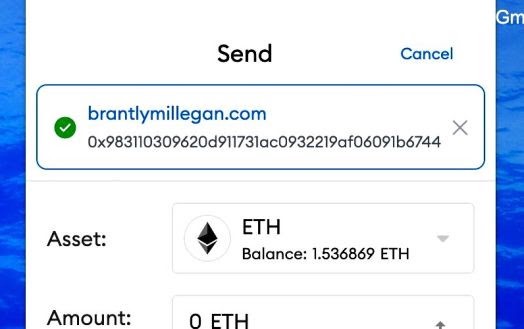 For example, instead of a wallet address that continues as 0x87S89as8as98…, you can name your wallet as “example.eth”, first the name you choose and then the suffix .eth. By this means, instead of sharing a cryptographic address when sharing a wallet address, it is sufficient to specify the name “example.eth”. Because these names registered on the Ethereum network are private to the owner, and a second ‘example.eth’ address cannot be obtained by another person. Therefore, instead of typing or copying the address correctly, the sender will only need to type the name part correctly, which is much easier. Considering that bank transfers require IBAN addresses while performing the transaction, we can say that ENS has made cryptocurrency transfers easier than bank transfers.

ENS recently announced an important development, explaining that the DNS names currently in use can also be defined as ENS, the picture above is an example of this. Previously, ENS covered only names ending in .eth. It can be linked to a cryptocurrency wallet of the same name with improvement, for example, using our website “bvdigital.io”. Thus, not only new generation domains ending in .eth, but also domains used in the traditional DNS system can have their own crypto wallets. One of the best examples of the movement is the “beer. eth” domain name bought by the world-famous beer brand Budweiser.

ENS creates each domain name as an NFT and transfers it to the buyer’s wallet. Since domain names are NFTs, they can be sold or transferred to another user, as in other NFTs. Although this mechanism came into our lives with the development of the NFT sector, it is not a very recent mechanism. The domain names currently in use, such as facebook.com, google.com, were also previously expressed by IP addresses. For example, Google’s IP address is 172.217.10.14. but obviously, it is much easier to type google.com instead… Likewise, we are observing that systems that link domain names to wallet addresses, such as ENS and Unstoppable Domains, have begun to move domain names into Ethereum in a similar way as the NFT industry has evolved.

What does moving domains to the Ethereum network and naming wallets mean?

Adding any data to the Ethereum network automatically makes that data censorship-resistant because the network is decentralized and resistant to changes. Let’s just take a look, from the simplest effect to the broadest effect caused by this transformation and decentralization. First of all, synchronizing an existing website to an owned cryptocurrency wallet through ENS while maintaining the same domain name will prevent people who want to deceive people through brand name by purchasing that domain name. In addition, it is also possible to create a fully decentralized website using a combination of IPFS and ENS. Websites whose domain name is obtained through ENS and site content through IPFS are accessible from popular browsers such as Brave and Opera. 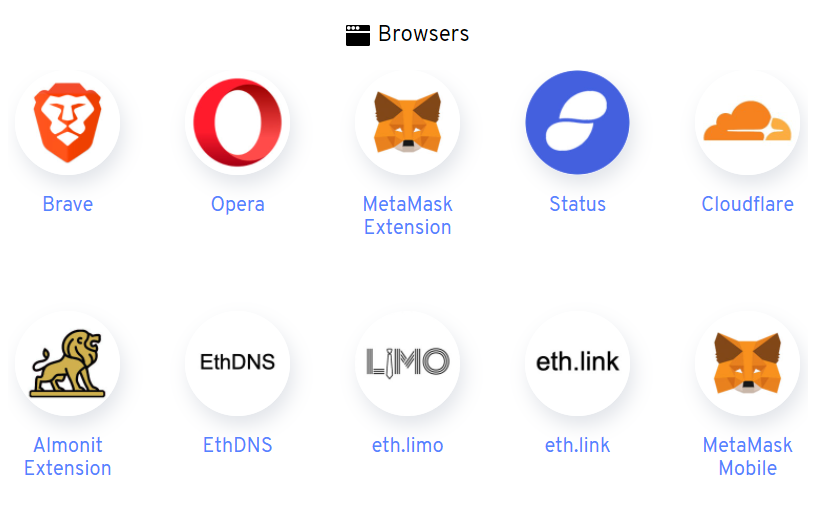 Because the combination of ENS and IPFS decentralizes the website, it also prevents it from being censored, so it cannot be interfered with.

Assigning wallet names and defining domain names via ENS not only frees users from complex wallet addresses but also, thanks to such systems, the door to a social transformation opens.

The main trends on the Internet are divided into 3 eras. Harry Alford, named these eras as follows:

Static Internet describes where various sites are representing the early years of the Internet, but where the community or a particular Internet giant did not gain absolute power.

The social Internet era represents the era in which giants like Facebook, Amazon, Google, and Twitter have created platforms where people gather. We can define this period as a period when the Internet giants had achieved incredible amounts of data because whoever had the largest data set would have the most accurate data on the platform, other users and entrepreneurs had to use the infrastructure of these Internet giants, and as a consequence, these internet infrastructure giants became centralized and extremely powerful. If we look at it from that perspective, we can think of the Internet giants as data banks, just as we have to use the bank infrastructure for any financial transactions.

A decentralized Internet, on the other hand, implies a shift to a system in which the community can govern itself, instead of a system in which companies gather power and become increasingly monopolized. In other words, the main goal here is that users do not need an intermediary to use the platform or service, personal data collected as limited as possible, and privacy is protected at various points. Lookıng at the whole process, we can see that the company based growth method used before the internet was integrated into the digital environment with the use of the internet, but the internet giants focused on community-oriented growth, took power with Web 2.0. While artists and content producers earn money through platforms like Youtube, Spotify, and Tiktok, these platforms get more or less a share of the income. After NFT, we could say that intermediaries have begun to gradually disappear, as artists and content producers are able to generate income directly from their products.

Another point that is monopolized by the Internet giants is that they are also providers of identity information. When we open membership on any site, we are confronted with the option of logging in via email or through Google, Facebook, or Apple. When one of these options is selected, the information on the selected platform is automatically used to create the membership, without having to enter the information requested by the platform one by one. Thus, the Internet giants also act as identity providers. If you remember, when logging into the site via Facebook, the logged-in site was able to share through the Facebook profile without consent. While this situation is no longer relevant, it is often associated with similar uncertainty in how data is transmitted, stored and sold. Therefore, although the profile is no longer shared, the data may be used in different areas.

ENS ensures that identity providers are disabled at this point. Because the user who buys an .eth domain name via ENS can link the domain name not only to their crypto wallet but also to their picture or social media. Consequently, the desired conversion for websites is to use the “Connect Your Wallet” option that we often encounter on platforms like Uniswap and Opensea, instead of the login screen as in the image above. This way, the website can get the user’s name through ENS, view the balance, and determine if they have NFT or voting rights in the DAO. In addition, since the data is stored in Ethereum, the user does not have to worry about the security of his/her data. The user who knows what data a website can access through a wallet, can easily hide information he/she wants to keep private. For example, a user who does not want to disclose his/her balance can keep his/her balance in another wallet, which he/she uses anonymously. So, data sharing is under the control of the users rather than the companies and it is safer to rely on the Ethereum network rather than company systems to store user data.

As a result; just as decentralized exchanges and credit platforms have given us financial freedom by allowing us financial access without intermediaries, systems like ENS now serve as a new milestone in the Web 3.0 transformation, allowing us to control our identity online.