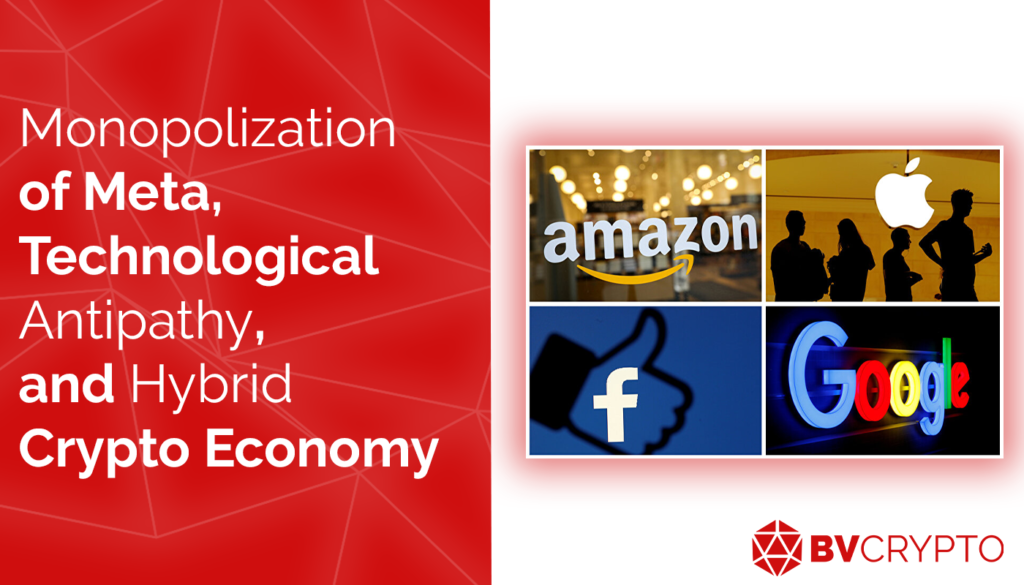 There are various prohibitions to prevent monopolization in the countries that implement a free-market economy. In the markets, there exist various establishments, enabling the competition rules to function healthily. Because it is not workable to talk about a similar case and a healthy mechanism in a sector where a monopoly prevails while the competition rule ensures that the quality increases and the price remains as low as possible.

As already known, internet giants increasingly monopolize within their fields. While the company Meta (formerly Facebook) monopolizes social media through Facebook, Instagram, WhatsApp applications it owns, Amazon monopolizes data validation and the online shopping sector and so does Google in the search engine field. Although the competition in these sectors is not entirely over yet, the dominance of internet giants is excessively high. In other words, the competition is not healthy. In the current Web 2.0 period we live in, the users are not only consumers but also content producers, with the most prominent feature being the monopolization.

Monopolization is an objectionable phenomenon not only in terms of legal but also from the perspective of social values. Since the income injustice in the world is acknowledged by everyone and cannot be encumbered, the monopolized corporations, being deemed at the center of this injustice, encounter a reaction. Therefore, looking at the anti-monopoly movements, the society, developing a rebellion mechanism, can be argued to adopt a decentralized economic structure. Because the main purpose of decentralization is to monopolize the “society”. Here the core aim is to create companies/ecosystems monopolized by the society rather than certain groups, through the establishment of relatively more society-dependent companies, where the right of management is distributed as far as possible, over companies with a DAO (Decentralized Autonomous Organizations) structure. In addition to that, in the legal platform, the efforts of states and regulators to block monopolization draw attention.

In this article, we will focus on the tendency of internet giants to use metaverse trend as an avenue of escape from monopolization issues and their efforts in this direction.

Everyone, interested more or less in the cryptocurrency market or technology, has sure come across the concept of Web 3.0 or metaverse recently. The transformation here is tried to be actualized by applications running on the blockchain. The fact that cryptocurrencies are programmable money types, and decentralization efforts make up the building blocks of transformation. The current outlook in the market indicates that the transformation is proceeding in two ways; the platforms, which were established as a crypto company, then evolved into DAO, and currently contributing to decentralization, and the centralized ones, integrated with cryptocurrencies (perhaps might be called Web 2.5). The reason for the two different structures can be attributed to the inability of the companies to offer a solid alternative due to the fact that the decentralized infrastructure has not yet matured, rather than the ideological perspectives of those companies.

Those having an optimist point of view foresee that the decentralization process of the entire internet infrastructure is yet at the beginning, decentralized solutions will be found for all sectors over time, and eventually, the Web 3.0 transformation will be completed. The pessimistic ones argue that, since blockchain networks are difficult to change and integrate due to their structure, the transformation will always remain hybrid, i.e., working with centralized infrastructures will always be mandatory and the likelihood of a complete transition is pretty low. One of the most substantial reasons for this is the expectation that blockchain networks will remain clumsy in this context and get stuck in an enclosed cycle, despite central platforms can constantly take prompt action and update themselves against recent technologies and threats.

So far, we have experienced that traditional finance and any kind of culture can be transferred into the crypto market through DeFi (Decentralized Finance) and NFTs, respectively. The growth led by Defi and NFT wrapped itself up in a hybrid structure not only in the infrastructural area but also in the liquidity area, as Wall Street companies started to fund the crypto market. 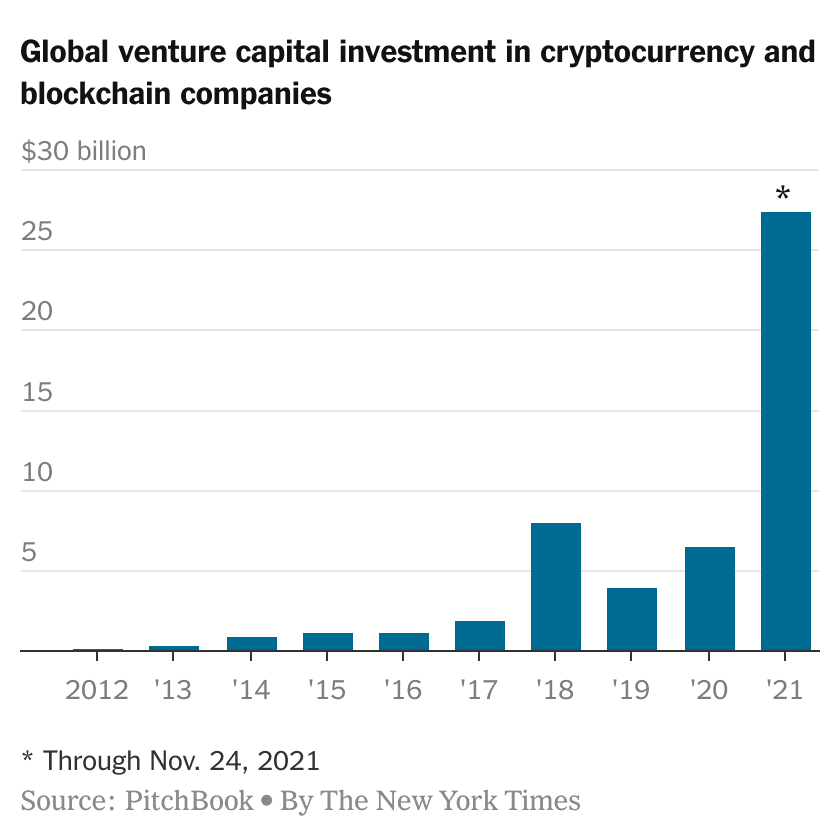 Therefore, we are now not only in an enclosed crypto economy but also encountering a crypto market, which is much more integrated with global markets. Therefore, it can be argued that the market has wrapped itself up in a “hybrid” appearance in all aspects. Time will tell, to what extent, the decentralization will be successful during the transformation process. The only point that should not be doubted is that the cryptocurrency market grows one way or another and has become an indispensable part of our lives.

US President Biden appointed 32-year-old Lina Khan as the head of the Federal Trade Commission (FTC), tasked with regulating competition, as one of the youngest presidents in corporate history. Because Khan, since his studentship, had been working on internet giants violating competition rules, it was no surprise that no sooner did he take office than he chased after Meta (Facebook). Khan’s initial claim for an investigation on Meta’s monopoly last summer was declined by the court because insufficient evidence was submitted for the alleged charge. Khan’s second investigation demand in January was accepted. Because this time, the FTC was able to support its claim through the data from ComScore, a data analysis company. According to the data, since more than 70% of social media users were using Facebook, there was no other company in the US that could compete with Facebook, and that eventually constituted sufficient evidence for the hearing of the case.

In the United States, monopoly-related cases proceed based on the assessment of whether the accused company has made drastic price-cutting moves. However, since Facebook, Instagram and WhatsApp are free to use, there is a prevailing opinion that Meta company is likely to avoid accusations. On the other hand, just as the Howey Test, which was created in 1946 and consisted of four criteria to determine whether an asset is a security or not, does not ensure an adequate analysis for cryptocurrencies, the existing methods are not sufficient either for examining the competition policies of social media companies. However, the case of Elizabeth Holmes, which was settled in early January 2022, and the fact that a noticeably young person has recently been appointed as the head of the FTC, signals that the current methods may change.

Elizabeth Holmes is a tech entrepreneur, arguing to have built an app capable of quickly performing various health tests. Such an application, which can quickly complete the tests, normally taking hours or days, naturally attracted a lot of attention from investors. However, when it was revealed that the application was not working as promised, Holmes was sued. Holmes argued in her defense that it was not a crime for tech companies to begin their projects by selling an idea/dream, and the possibility of the project’s failure was natural. This defense is acceptable when considering names like Elon Musk. Indeed, most tech companies raise funds from investors in advance with the promise of an idea rather than after producing. Nevertheless, Holmes was penalized since she explicitly stated the product to be functional instead of promising it. When it comes to why it is relevant, if this type of case had been filed a few years ago, Holmes could have gotten away with the case with a sentence of fewer than 20 years in prison and a $250,000 fine, due to the sympathy and tolerance for tech companies. 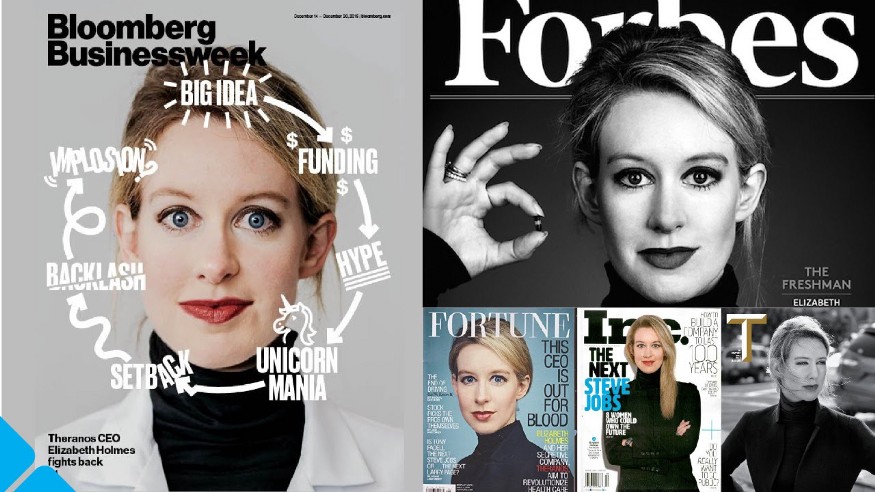 Some developments, such as the reveal of Facebook interference in political elections, the views that artificial intelligence will control people, have developed a kind of antipathy for technological developments in society. Constant advertisement of shoes appearing on social media after talking to a friend about shoes is another example boosting that dislike. The resulting dislike also hardened societal judgments and reduced tolerance for tech entrepreneurs like Holmes. For this reason, it can be stated that we are in a period where technology develops much faster, and antipathy proportionally increases so much in the global sense. Indeed, it would not be wrong to evaluate the anti-vaccine opponents within this context. Therefore, accusing Facebook of monopolization may lead the trial to go beyond the ordinary, in other words, beyond just looking at whether Facebook has undercut the prices, as the antipathy gradually matures. The fact that a young manager heads the FTC can also create ideal conditions for such a transformation.

Meta is not the first company to get involved in a scandal. It is a quite common case to strive to get rid of the emerged negative perception by renaming the corporation after such events. The popularization of the metaverse concept brought an ideal renaming opportunity for Mark Zuckerberg. Zuckerberg, having both reduced the damage of negative perception, and achieved momentum by earning the company a new perspective for the future, is likely also to tackle monopolization-related problems thanks to the metaverse.

Although the monopolization of internet giants in their own fields has not been a situation particular to the last couple of years, the lawmakers and supervisors appear to be pretty clumsy in taking action against monopolization. This process, which we are used to in the cryptocurrency market, is due to the laws/regulations failing to catch up with the technology and the lawmakers’ inability to adapt quickly to new concepts. Although the monopolization of internet giants is a phenomenon older than the discussions on the need for regulation of the crypto market, a feasible solution has not yet been achieved. It can be assumed that infrastructure like Metaverse takes a long time to be regulated. Therefore, it can be predicted that one of the most important reasons for Zuckerberg’s aggressive investment in the metaverse is to open up a new space for himself. This way, regulators will have to seek new ways to catch up with Meta again.

Monopolization is not the sole issue that internet giants are under pressure. At the G20 meeting, all member countries reached an agreement in obliging the internet giants to pay taxes in every country they provide service. It can be claimed that one reason for the increasing interest of internet giants, especially Meta, towards the cryptocurrency space is the purpose of edging around such regulations.

The cryptocurrency market, built on a decentralized basis, has thriven as the traditional finance services have become workable through blockchain. As a result of this expansion, the market has seized the claim to completely transform the traditional sector in the long term. This claim has enabled the centralized platforms, which are intended to be transformed or eliminated, to enter the cryptocurrency market. However, with the gigantic fish entering the game, the questions on whether the cryptocurrency market continues to grow around decentralization have increased over time. Because centralized applications integrated with cryptocurrencies can offer relatively more attractive and fast solutions. Therefore, the increase in the diversity of decentralized applications and their capability to provide multiple blockchain network services will be determinant in terms of maintaining the dominance of decentralized applications in the market. Alternative blockchain networks indicate that a decentralized infrastructure has a pretty bright future when ETH 2.0 and Layer 2 solutions fully mature. The increased interest of countries, traditional institutions, and regulators, on the other hand, will probably cause the sector to go through one of the most challenging tests in the upcoming years to defend its values.