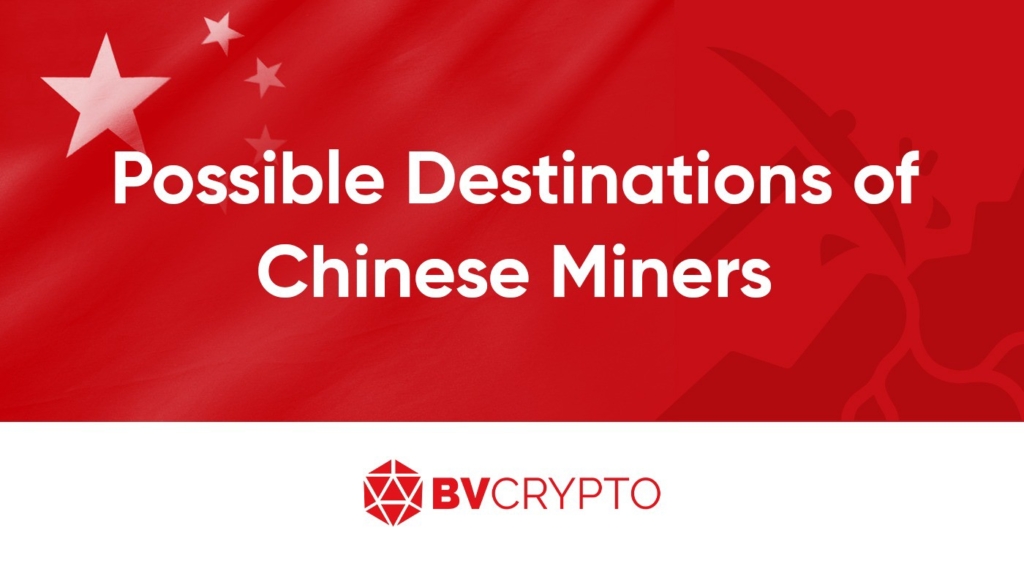 Today, it is estimated that more than half of Bitcoin mining is clustered in China and it can be predicted that the balances in the mining industry will change drastically with China’s ban on cryptocurrency mining by a direct government decision on May 21. The move of miners may be one of the first results of these new decisions. In this article, we discussed the possible locations where Chinese miners can move their operations and the new Bitcoin mining investments in the North and South America Regions.

First of all, let’s summarize the situation in China: Although the facilities in regions such as Sichuan, where mining is carried out with renewable energy, were granted a work permit until September, it is observed that the miners who do not use renewable energy gradually stop their operations and start the relocation processes. For example, on June 9, the government of Changji, in the Xinjiang region, announced that it had informed the authorities to immediately cease mining activities in the Zhundong Economic and Technological Development Park, an important center for Bitcoin miners. The park was home to several mining companies operating on coal-based mining in the 15,500 square km area. A similar decision to shut down these operations was taken by the district administration of the Qinghai region on the same date. As the miners stopped their operations, the hash-rate in the Bitcoin network decreased, as seen below. The hash-rate is directly related to the number of active mining devices as it indicates the processor power in the network. 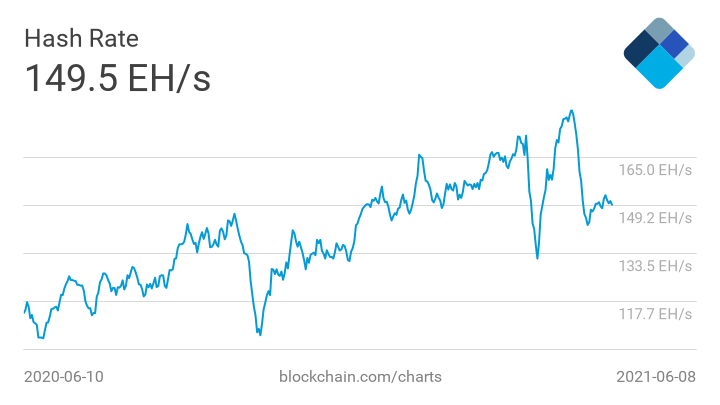 According to the Cambridge analysis below, which was last updated in April 2020, the USA, Russia, Kazakhstan, Malaysia, Iran, and Canada follow China in terms of Bitcoin mining in the world. If the data is updated, China’s share is expected to decrease, and the USA and Canada are expected to increase their shares. It is possible to understand the reason behind this estimate just by looking at the mining investments in 2021. 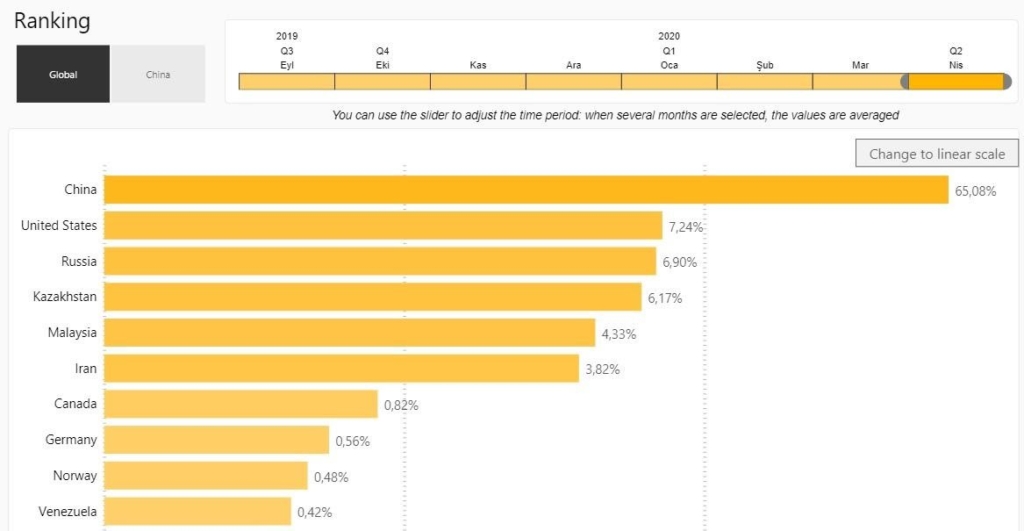 Where Will Be the New China in Bitcoin Mining?

The number of mining facilities concentrated in regions such as Texas, Georgia, and New York in the USA is increasing rapidly with the convenience of the legal infrastructure in these regions. US investors are strengthening their position in the country in case of the possibility of Chinese companies moving to the USA, with the investments they make after obtaining permits as far as they use “renewable energy”. However, the supply of mining devices has been a chronic problem for a long time for the companies waiting in line for months to obtain the devices they order, as manufacturers cannot keep up with demand. However, this situation may be reversed due to the unfavorable conditions of Chinese companies. Considering the fact that Chinese miners are trying to protect their existing investments instead of increasing them by ordering new devices, it is expected that these companies’ new device orders will be quite low. Hence, it is estimated that many mining companies, especially investors in the US, will receive their devices and start their operations in a much shorter time. One of the most important indicators supporting this view is the 2021 1st quarter report of the China-based Canaan company, one of the most popular device manufacturers. The company announced that, in terms of the device orders, the share of companies outside of China increased from 4.9% to 78.4% compared to the same period last year. In addition, it was stated that their revenues increased by 489% compared to last year. As is seen, not only almost all of the Canaan’s device sales have shifted abroad but also there has been a significant increase in the profit rate. This report is very important as it shows the aggressiveness of demand abroad and the inactivity of the Chinese market.

In short, it can be said that 2021 has become a very advantageous year for mining investment due to the ease of device supply, the provision of legal infrastructure, China’s negative view of mining, and rising expectations in the crypto market. Below you can see the highlights of the investments made in mining in various countries.

GAM generates electricity by converting natural gas that is burned or cannot be used by releasing it into the air and uses this energy for Bitcoin mining.

In addition to Texas, Riot Blockchain also mines Bitcoin with 16,464 devices in New York. The company has announced that it plans to purchase 58,500 more devices between July 2021 and December 2022.

The Foundry mining pool is owned by Digital Currency Group, the owner of several companies including Coindesk, Grayscale, Genesis Trading.

The above-mentioned investment news about Bitcoin mining includes investments made after 2021, except for the Scandinavian countries. Besides the news shared here, many small-scale mining investments have also been made. As a result, it is clearly seen that North America is the new clustering area for Bitcoin miners. No matter how much the USA and China struggle with each other, the trade volumes of these two countries are quite large. Therefore, the decision of Chinese Bitcoin mining companies to move their operations to the USA in the near future should not be ignored. The fact that US investors are already trying to dominate the industry as much as possible shows that Chinese mining companies may have difficult times in competition.

Kazakhstan is another country that stands out among possible locations where Chinese miners can move their operations. Apart from the logistics advantage that Kazakhstan has due to its land border with China, Kazakhstan is a country that exports energy to neighboring countries. Kazakhstan’s rich energy resources ensure that energy is abundant and cheap in the country.

Unlike the companies in North America, Kazakhstan does not offer renewable energy to Bitcoin miners. The country’s cheap electricity is generally generated from coal. In the city of Ekibastuz, close to the Russian border, there is an operating cryptocurrency mining facility with a capacity of 50.000 devices. Major recent investments in Kazakhstan are listed below.

Throughout history, South American countries have been frequently mentioned with political instability and the economic crises that emerged as a result of the turmoil. Today, Argentina, while still struggling with economic difficulties, attracts the attention of cryptocurrency mining companies due to the cheap electricity it offers, as well as being prominent in the use of Bitcoin due to the serious depreciation of the peso. The depreciation of the Argentine Peso against the USD has resulted in electricity becoming cheaper, especially for foreign investors. Although the price of Bitcoin has dropped to around $30,000, the electricity cost is only around 2–3% compared to the income from mining. This increases the profit margin considerably. The chart below shows the average electricity bills of countries in South America as a percentage of their revenue. Argentina attracts the attention of Bitcoin miners as a country with the lowest electricity cost compared to income. 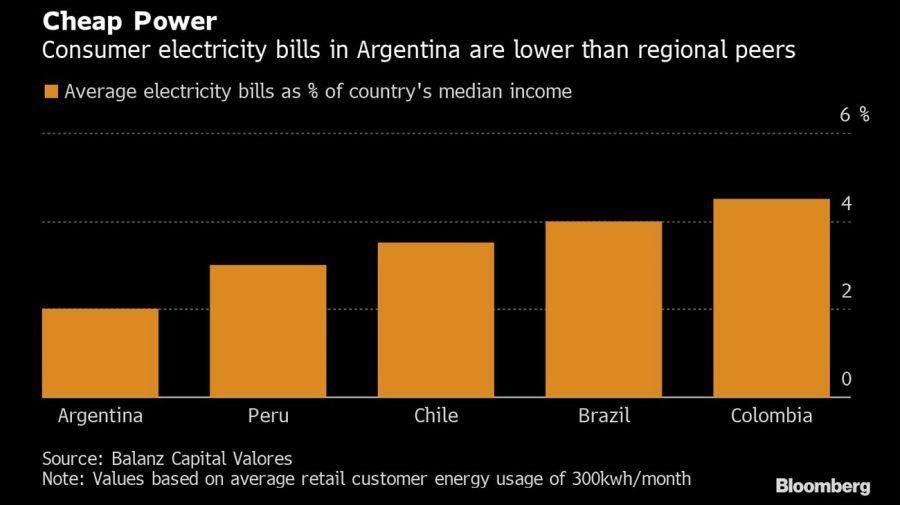 There is no doubt that the economy of Argentina will recover soon or later. Therefore, companies that want to take advantage of the current situation are willing to sign a long-term electricity purchase agreement with fixed costs at current prices.

El Salvador gains stream to become another popular country in South America for the Bitcoin community and mining companies. Officially accepting Bitcoin as one of the country’s official currencies, El Salvador has also announced that Bitcoin mining facilities will be established using renewable energy, thanks to its rich geothermal resources. After this statement announced on the president’s Twitter account, it can be expected that mining companies abroad will decide to invest in El Salvador to benefit from geothermal energy.

Along with the rise in the cryptocurrency market, the mining industry seems to have witnessed an aggressive investment frenzy due to the high profitability rates it promises. All miners compete with each other to get the reward from each Bitcoin block. Therefore, as the proportion of Chinese miners in the network decreases, other miners will see an increase in their income. The reason for the demand for Bitcoin mining has been consistently high for years is that money spent on facilities and devices quickly pays off as Bitcoin rise in value. The mining industry, which returns the investment in a short time, provides a long-term investment opportunity as well as fast profits. The renewable energy-oriented growth of the industry is very beneficial in terms of environmental protection and it enables countries such as the USA and Canada to minimize their cost disadvantage against countries that provide cheap electricity such as China, Kazakhstan, and Argentina. In addition, considering the fact that many mining companies have their own mining pools, it may be possible that pools operating with renewable energy may be preferred more by nature-conscious people. Therefore, in the future, it seems likely that there will be a separation in the industry as miners using nonrenewable and renewable energy.

Apart from all these factors, Bitcoin mining has another important benefit: Since the miners enable the extraction of Bitcoins in previously unused reserves, the transfer data of these Bitcoins are empty, in other words, clean. Hence, buying Bitcoin directly from the miner and buying Bitcoin purchased from anywhere else are actually different. No matter how fast the adaptation process to cryptocurrencies progresses, the anonymity provided by blockchain technology still disturbs the financial authorities of many countries on issues such as the use of cryptocurrencies for tax evasion and money laundering. Since every transaction on the blockchain is public, tax authorities and regulatory authorities are working on softwares that can track suspicious transactions. Since the transfer data of the Bitcoins produced by Bitcoin miners are also clean, it is much easier for these institutions to track the newly produced Bitcoin directly by adding them to their systems. As a result, the increasing dominance of countries such as the USA and Canada while are Bitcoin miners moving out of China may be pleasing for the regulatory authorities of these states.

2021 has the potential to be a golden year for both the growth of mining facilities and the increasing decentralization of cryptocurrencies. However, in the following years, we may see an increase in more effective and tighter tax controls on cryptocurrencies and money pursuits on suspicion of crime due to the reasons mentioned above.