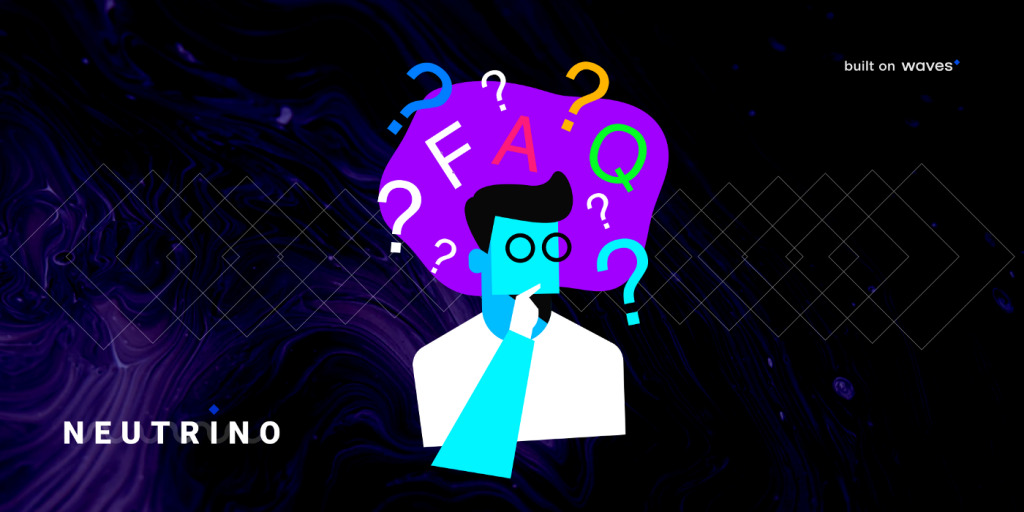 The digital assets whose values are fixed to dollars, gold, or any other assets with financial value are called “stablecoins”. Stablecoins are divided into different categories according to the type of assets they reflect and the mechanisms by which they can keep the value of the assets fixed. In this article, we will study the features and working mechanism of USDN (Neutrino Dollar), whose value is always equal to 1 USD.

Neutrino is a decentralized application (dApp) platform that uses the Waves Blockchain infrastructure and aims to create stablecoins and provide tokenization services.

Its first product, the USDN (Neutrino Dollar), is traded with a value of 1 USDN = 1 USD like other stablecoins.

The biggest difference here stems from the mining system of Waves. Waves uses the Leased Proof-of-Stake (LPoS) system. This system works by block producers keeping a minimum of 1,000 Waves coins locked up in their wallets. However, the users who do not have enough coins can rent their coins to other producers and get a share for the mining income.

USDN uses this system to provide stake rewards. Each USDN is collateralized by Waves coins held in wallets. As the value of USDN token increases, the number of Waves coins in the collateral should also increase. The mining revenue from Waves coins is shared with USDN owners to create stake income. Therefore, there is a win-win situation for both coins.

The users do not need to take any action in this process. The mining revenue, which is transferred to wallets in WAVES, is automatically exchanged with USDN and transferred to users’ wallets by Neutrino.

In case of the volatility of Waves coin, USDN compensates the risk of change in the collateral rate with the Waves coins held in its reserves. If these reserves are not enough, it provides liquidity with NSBT (Neutrino’s own token) until the equilibrium condition is established. This liquidation process continues until 1 NSBT = 1 USDN.

There is no data on the amount of NSBT tokens. It can be said that this token is a tool used until the equilibrium condition for the collaterals is achieved.

Another important point to be mentioned is that USDN’s all functions such as collateral, mining revenue, and staking are provided by the smart contracts. There is no manual adjustment. It can also be said that the contracts need NSBT tokens to work properly, particularly for the collaterals.

Finally, as of March 26, USDN has been traded on 3 exchange markets namely, Tidex, P2PB2B, Waves Exchange; it has been on the market since February 26 with an approximate market value of USD 9M, and more than 3,000 users.

Waves Exchange announced that it would give 1 USDN extra to anyone who buys a minimum of 10 USDN between March 19 and April 20. It was also announced that lottery draws worth 500 USDN will be held on March 26, April 2, April 9, April 16, April 20. 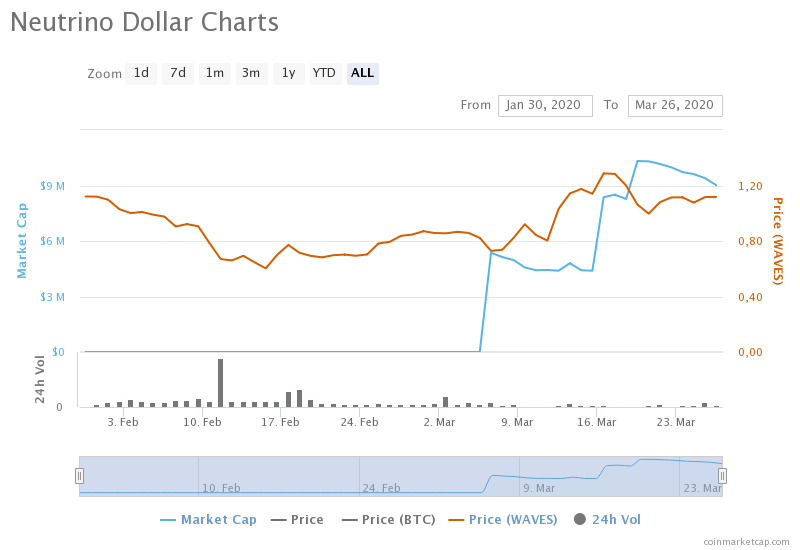 USDN’s above-described stake feature, by which it provides the mining service by locking up the Waves coins, can be shown as the basis of this correlation probability.

The most important point here is that the company states that it will limit its staking service to USDN only. Therefore, the demand for USDN stake is expected to increase as the usage and popularity increase.

SuSy (Super-Symmetry) aims to enable Neutrino to implement cross-chain swaps. Although they only serve on Waves Blockchain now, they state that they want to integrate into popular chains such as Ethereum and Tron in the future. At this point, it seems that they aim to have a Tether-like structure. With this action, it is stated that the tokenization service described in the Collider section will also be offered for the assets on the Ethereum and Tron chains.

We hope you benefited from this article. In case of any unclear sections or any questions, please send them to us with your comments.

We regularly share the latest developments in the cryptocurrency markets and the assessments made by our analysis team through our Medium, Twitter, and LinkedIn accounts. Do not forget to follow us to take your place in the new economy.