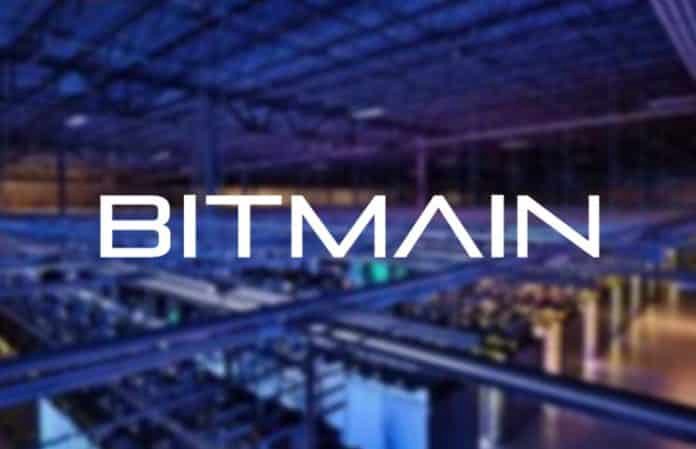 Story of Game of Thrones: Bitmain

Bitmain, one of the largest cryptocurrency mining companies in the world, has been the subject of a war between company executives for more than 1 year. Bitmain, where the management war was waged, posed an undeniable threat to the market due to its substantial size in the mining market. The biggest reason for this is that Bitmain is the manufacturer of the most popular mining device, Antminer.

You can find, in this article, a detailed explanation of what happened in the Bitmain crisis, which was resolved at the beginning of 2021 and how it affected the company.

Bitmain was founded in 2013 by Micree Zhan and Jihan Wu. These people will be mentioned in the rest of the article with their surnames.

Under Chinese law, such changes within the company are not required to be disclosed. Bitmain was in the IPO process with the Hong Kong Stock Exchange at the time, but its application had not yet been approved. Therefore, the company did not have an obligation to inform the public. Consequently, the news content could not be verified and remained as gossip.

(Although the Beijing-based company is Bitmain’s main operations center, it is mostly responsible for managing its operations in China.)

The decision at the meeting where Zhan’s authorities were revoked, was taken by special resolution method. Although the validity of this method was not possible due to the voting right that Zhan has, Wu held the meeting legally by benefiting from an article in the bylaws.

According to the bylaws, if the person or persons holding series B shares constitutes more than 1/3 of these shares, the meeting is qualified. Wu, who provided this qualification with his series B shares, ensured the legality of the meeting. However, bylaws also require that Zhan must be informed at least 5 days before the meeting. Zhan bases his lawsuit against the company on this article on the grounds that he has not received any information about the meeting.

Although the court ordered the annulment of Wu’s decision, it also rejected Zhan’s request to be reinstated.

Distribution of Bitmain shares on that date:

The $4 billion offer to Wu and 3 investors is not only for a 35% stake in the company, but for regaining control of the entire company. Therefore, it can be said that 19% owned by the company is also wanted to be purchased with the offer of $4 billion.

Considering that the estimated valuation of the company before the public offering is $14.5 billion, the offer appears quite low. This offer could be interpreted as a kind of challenge, a generous offer made by Zhan to speed things up, confident that he will win the case.

The diagram below will help you to see the process up to this point and how the company was divided in the simplest and clearest terms. 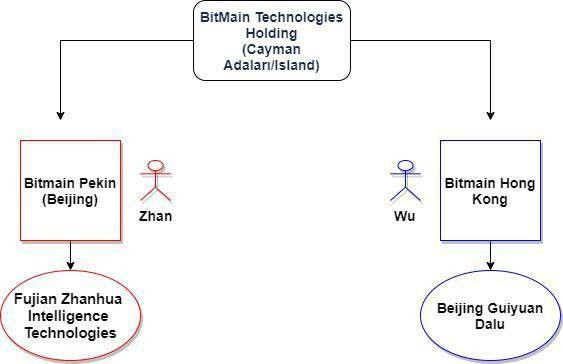 As seen in the above diagram, Bitmain company is divided into two as Beijing office, which is the operation center, and Hong Kong office, which deals with the company’s international sales. The parent company in the Cayman Islands is located on Wu’s side.

1st option: Customers must submit their formal request to Bitmain for speeding up orders. Customers will be able to get their money back if Bitmain fails to deliver the products within 60 days of the official request letter.

2nd option: Customers will wait for Bitmain to ship the products and will not make any requests. Bitmain promised to provide customers who choose option 2 with an amount of vouchers equal to the amount of profit that would be made during the delay in the order. Vouchers could be used for the subsequent product purchases.

Zhan claimed that, through former Bitmain employees, the tools were taken by Wu into companies under his control.

Thus, the management battle at Bitmain, first unsettled the investors, then caused the employees to choose sides. In particular, calls for employees to continue working in the company, not at home, may have seriously endangered the health of employees during the peak of the pandemic period. Finally, as customers are also clearly affected by this struggle, it is evident that Bitmain company has suffered from this power struggle with all its formations from its investors to its employees and customers.

In accordance with the terms of the agreement, Wu announced that he would resign from all his posts at Bitmain. Thus, Zhan took full control of Bitmain. Wu, who left Bitmain, became the head of the Bitdeer and BTC.com mining pool, which were mining in Norway and the US, according to the agreement.

Device manufacturing companies like Bitmain are critical not only for Bitcoin but for all cryptocurrencies mined. These companies do not have many competitors in terms of the quality of the products they produce. Management war, as experienced by Bitmain, or delivery disruptions for different reasons can negatively impact the mining industry. Therefore, although the reason that pushed Wu and Zhan to come to an agreement is not exactly known, the solution of the crisis in Bitmain without permanent damage to the company concerns not only Bitmain’s investors but also the entire cryptocurrency community, as it affects the mining industry.