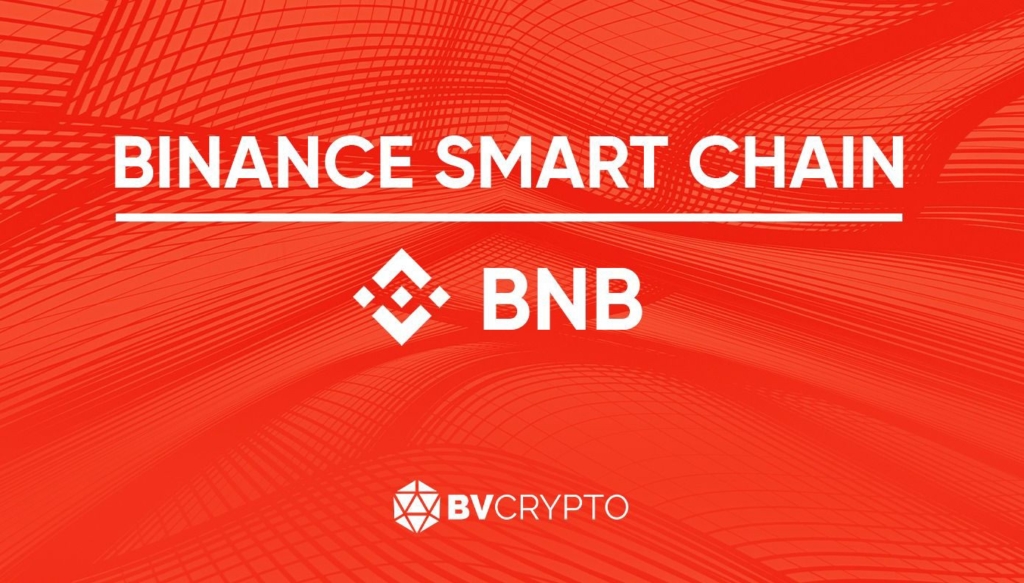 The Rise of BNB and Binance Smart Chain

One of the most serious performances in the boom in the crypto market that started in late 2020 came from BNB, the token of the Binance cryptocurrency exchange. There are 2 main reasons for the outstanding performance of Binance’s own token, BNB, which has the most users and volume among the cryptocurrency exchanges in the world. The first of these is reduction of the amount of BNB in circulation by going through a certain rate of burning each quarter, and the second and more importantly, its own blockchain infrastructure solution, Binance Smart Chain (to be referred to as BSC in the following sections of the article) and the projects established on this network. In this article, you will find the development of the BSC network, how it works, and comparisons with Ethereum on certain parameters, and thus you will be able to analyze the underlying dynamics of the BNB price.

Firstly, let’s take a look at the BNB performance and the dates: 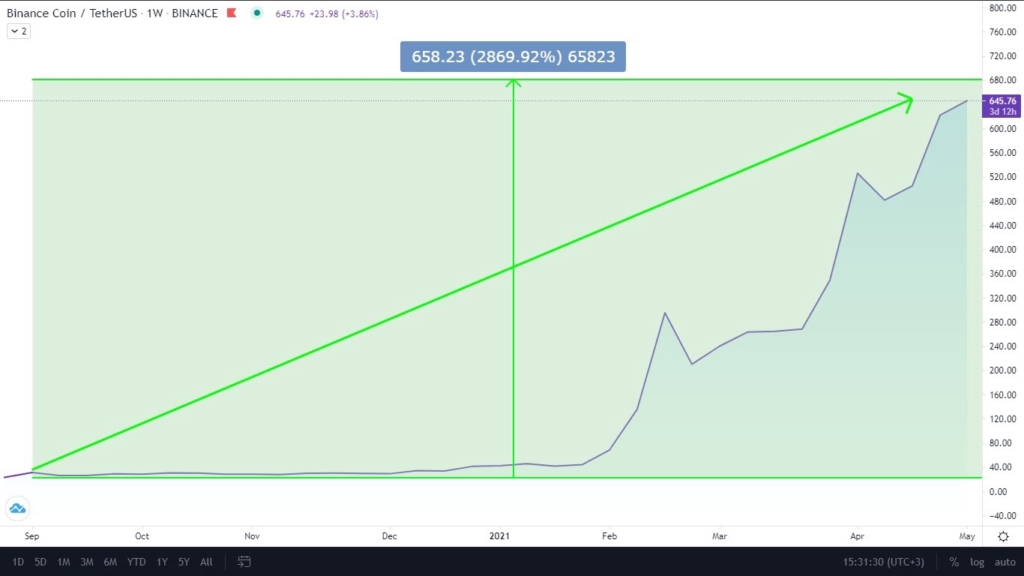 As shown in the chart, the BNB price increased from around $30 to around $650, with a performance of over 2800% in the segment until May 2021, following BSC’s operation at the beginning of September 2020. The burning of 1.81% of BNBs in circulation on January 18 and the rise in the entire crypto market since the beginning of 2021 is another reason that triggers the aggressive rise, which can also be seen in the chart above.

Being on the market since 2017, 200 million unit of BNB has been produced. However, BNB has a fixed token burning* policy. According to the policy, it was decided to burn BNB regularly at the end of each quarter until the total supply of BNB reaches 100 million. The amount to be burned is determined by the fee income Binance earns from the transactions. In other words, as Binance earns more income, more BNB is burned, and the price of BNB rises due to the restriction of supply. This process is extremely significant as it directly affects the price.

On April 16, when the 15th burning took place, 1,099,888 units of BNB were removed from circulation in proportion to Binance’s revenues. This amount was worth over 595 million USD at the time of the burning. Considering that there are around 153 million BNB in circulation as of the time of the article, it could be anticipated that the BNB burning process will continue for the next few years.

(*) The token burning process is transferring a certain number of tokens to a wallet address that doesn’t have an owner. Since the sent tokens cannot be withdrawn, these tokens are assumed to be removed from circulation.

Binance Smart Chain (BSC) is an Ethereum-like infrastructure network of the Binance exchange. In fact, BSC is a kind of replica of the Ethereum network. However, Ethereum has higher costs as the price of ETH increases due to its decentralized structure and the POW consensus model. It is known that this situation causes a significant increase in the fee rates to be deducted from transactions to be made on the Ethereum network.

The chart above shows the amount of fee charged per transaction on the Ethereum network. As can be seen, with the price increases at the beginning of 2021, the commission rates have increased to over 35 USD. Currently, it is stabilized in the range of approximately 10–15 USD. However, the commission rate of around 10–15 USD is also quite high in terms of costs per transaction. Despite the high fee rate, users had the dilemma as the Ethereum network provided the most advanced infrastructure services on the market and had the largest ecosystem. This was because the alternative blockchain infrastructure projects, despite offering low commission rates, did not have the ecosystem size and therefore liquidity of Ethereum. BSC, which was actualized in such an environment, was able to serve with low commission rates, although it was almost the same as the Ethereum network. Binance used the PoSA (Proof of Staked Authority) consensus method to lower commission rates, which you will find in more detail later in the article, instead of the POW used by Ethereum. This resulted in a much faster and cheaper network that provides the same services as Ethereum. However, since the central structure required for the transactions to be cheap and fast is provided through Binance, the BSC network has a central structure and this issue is seen as a disadvantage. Creating an Ethereum-like structure in terms of infrastructure and bringing the service standard to the same point with Ethereum, the next step BSC had to take was to create a healthy ecosystem on the network and reach a certain liquidity size. Binance had little difficulty finding entrepreneurs who wanted to set up platforms on the BSC network. Because of the dissatisfaction brought about by Ethereum’s high commission rates, many platforms were looking for ways to provide low commission rates. In this way, those who tried to attract users of platforms on the Ethereum network to their own platforms preferred the BSC network, especially DeFi platforms. 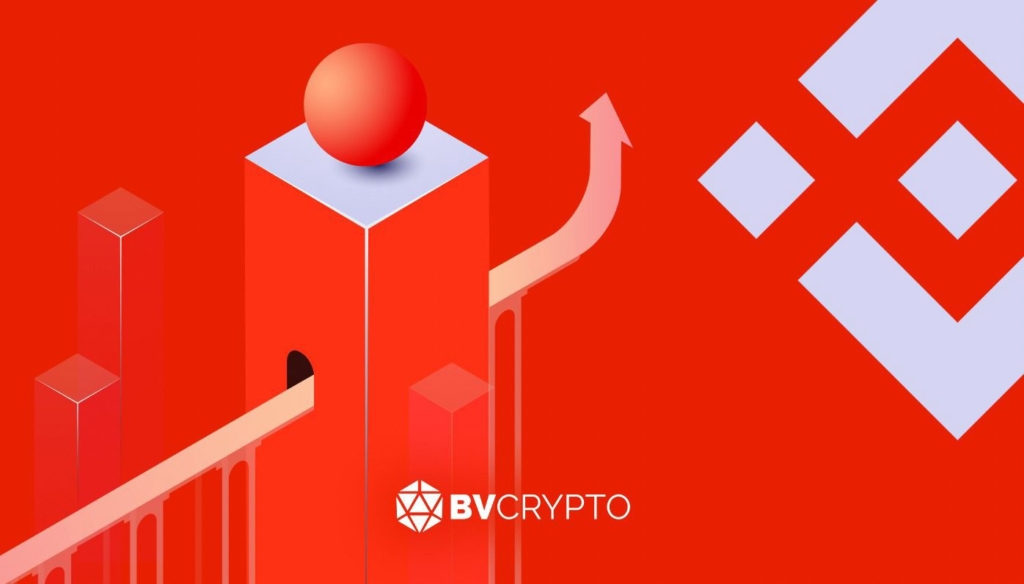 Binance already had the Binance Chain (BC) network that the exchange uses for its DEX (decentralized exchange) platform. However, this network was designed to perform transactions on the decentralized exchange securely and quickly and did not have the smart contract infrastructure necessary for complex platforms in Ethereum to work. One of the reasons BSC originated in the first place is the lack of smart contract infrastructure in the Binance Chain.

Instead of integrating an Ethereum-like infrastructure with Binance Chain, Binance chose to create a second blockchain running parallel to this network. Thus, radical changes were not made on the Binance Chain and potential errors that could occur in the DEX platform were avoided.

BSC, which can be called a copy of Ethereum, was able to support the establishment of new projects with its complex smart contract infrastructure. However, it also had to invite other Dapp (decentralized application) platforms already operating in the market to its network and offer an alternative solution. For this reason, BSC had to have the ability to perform cross-chain transactions to enable data exchange with other blockchain networks such as Ethereum.

In the BSC network using the PoSA method, there are 21 validators responsible for checking the validness of transactions. 21 validators are selected based on the amount of BNB they stake. The first 21 users with the most BNB stakes are eligible to receive the commission incomes on the network. The rank is updated at the end of each day. In this way, both the energy efficiency of the POS system and the speed of the POA system are utilized. The fact that the entire network has 21 validators is criticized for making the network extremely centralized. Because if at least 11 of the 21 validators agree among themselves, there is a possibility of damaging the reliability of transactions on the network. 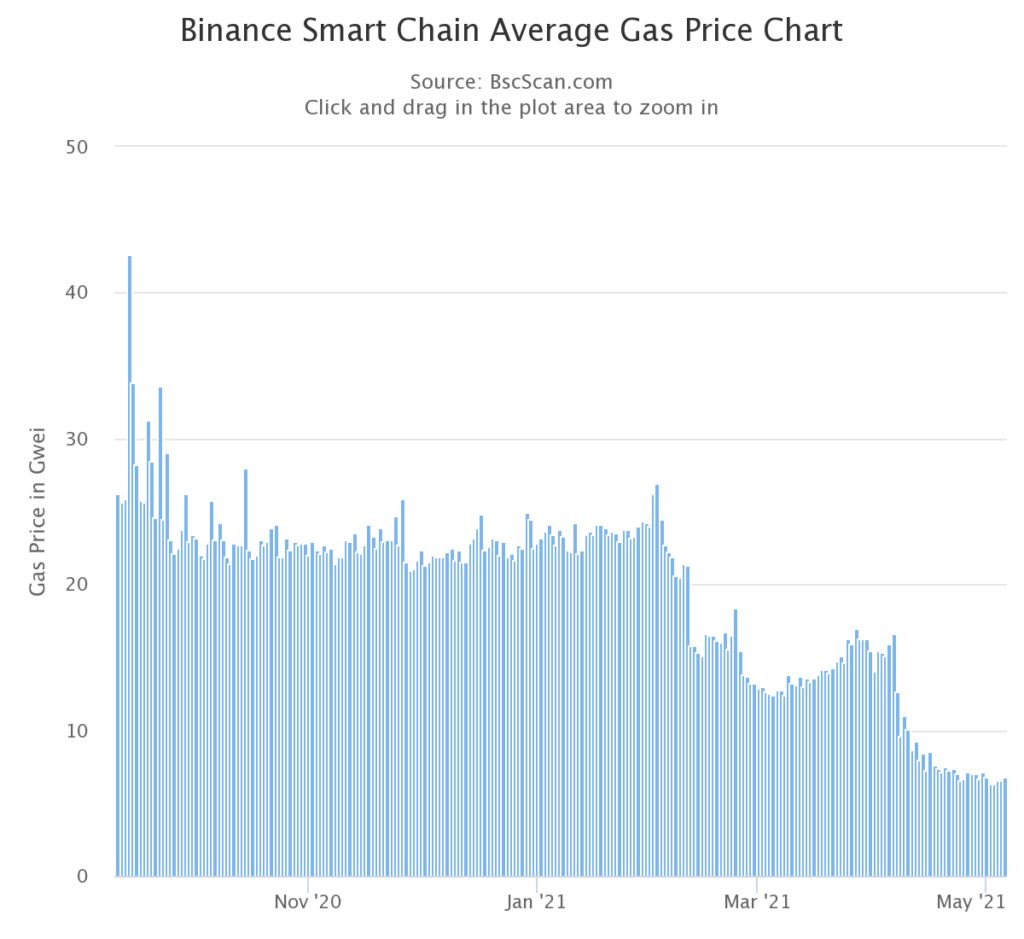 As an example of commonly used methods for transferring tokens between different networks, let’s take the WBTC token as an example. Since BTC is traded on its own blockchain network, it is very difficult to integrate it into the smart contracts of the platforms on the Ethereum network. For this reason, WBTC, created in accordance with the ERC-20 standard, enables BTC transfers on platforms on Ethereum. For each WBTC generation, 1 BTC is locked from the market. In this way, no new BTC is put into circulation but transferred from Bitcoin’s network to Ethereum’s network.

BSC also provides the same method over the BEP-20 token standard. Thanks to the bridge established, ERC-20 tokens in the Ethereum network and TRC-20 tokens in the Tron network can be transferred to the BSC network and used with the BEP-20 token standard. In this way, platforms established on the Ethereum or Tron network can provide liquidity and complete their integration processes by transferring their tokens to the BSC network.

The market values of the 6 most valuable tokens in the BSC network are as follows:

When we exclude the top two BNB and BUSD tokens as they are Binance’s own tokens that also existed before BSC, it is seen that on the BSC network, there are both tokens of newly established platforms such as XVS and CAKE, and tokens such as ONT and GRT that were subsequently integrated into the network. It can be said that the BSC network has grown in line with its purpose in this respect. In addition, the valuation of over $1 billion of platform tokens established in the BSC ecosystem, which has not yet been completed even a year, shows that the market has a positive view of the BSC network. 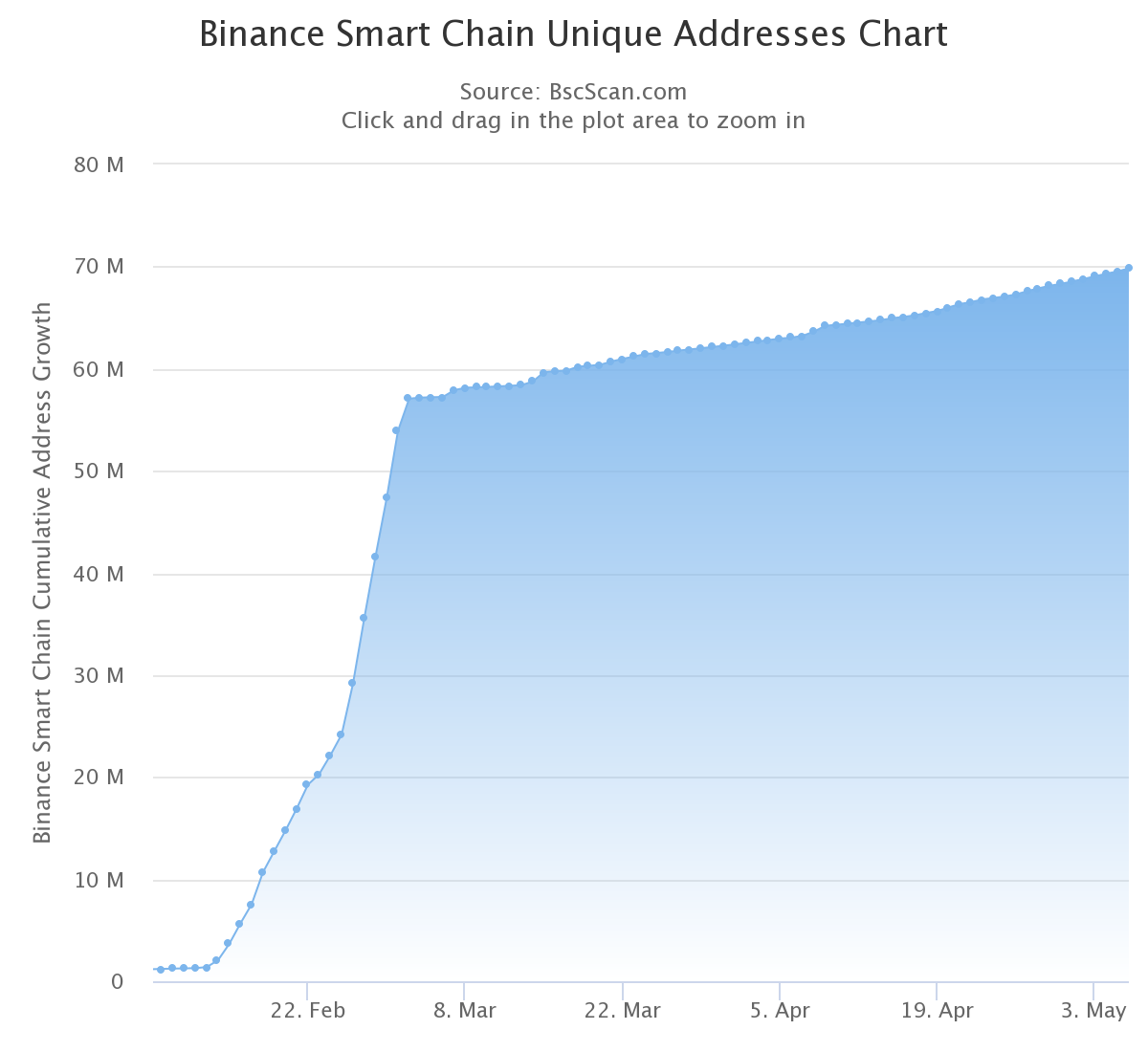 As a result, the role of both BNB burns and Binance Smart Chain in the rise of BNB is clearly evident. Considering that the BNB burning process will continue until 100 million BNB remains, the amount of BNB in circulation is expected to continue to decrease significantly in upcoming years. The positive outlook for BNB is expected to continue in the long run, if the BSC network continues its current upward trend and expands its liquidity and user pools. It is worth saying the central functioning of the BSC network has not had a negative impact on users so far.