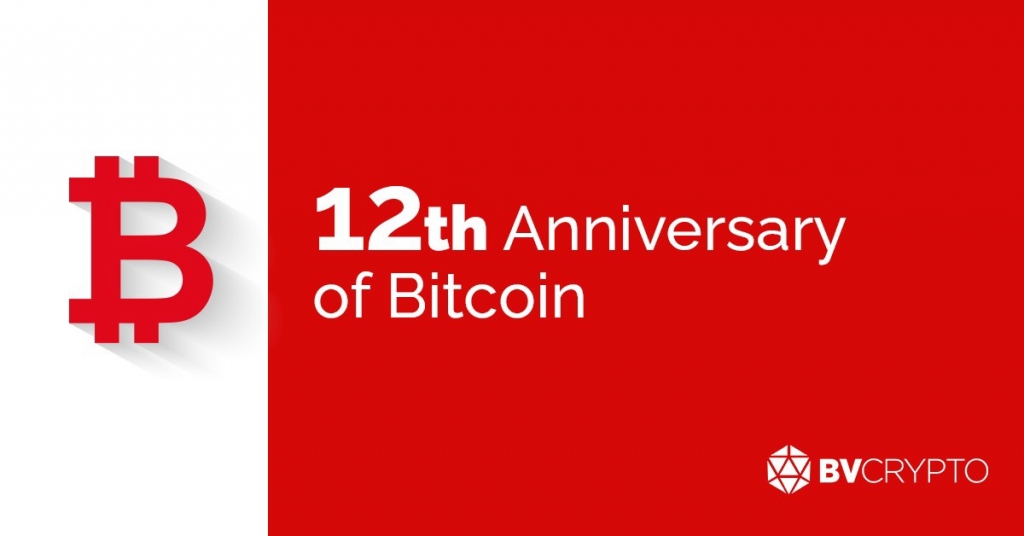 It was the 12th anniversary of the publication of Bitcoin’s whitepaper on October 31st. Since its inception, Bitcoin has become an important point not only in the financial world ,but also in the lives of many of us, with the technology and philosophy it represents. For this reason, in our article, we will discuss the background of Bitcoin, the values it expresses, the substantial developments and the current situation and the consistency of the founding goals. 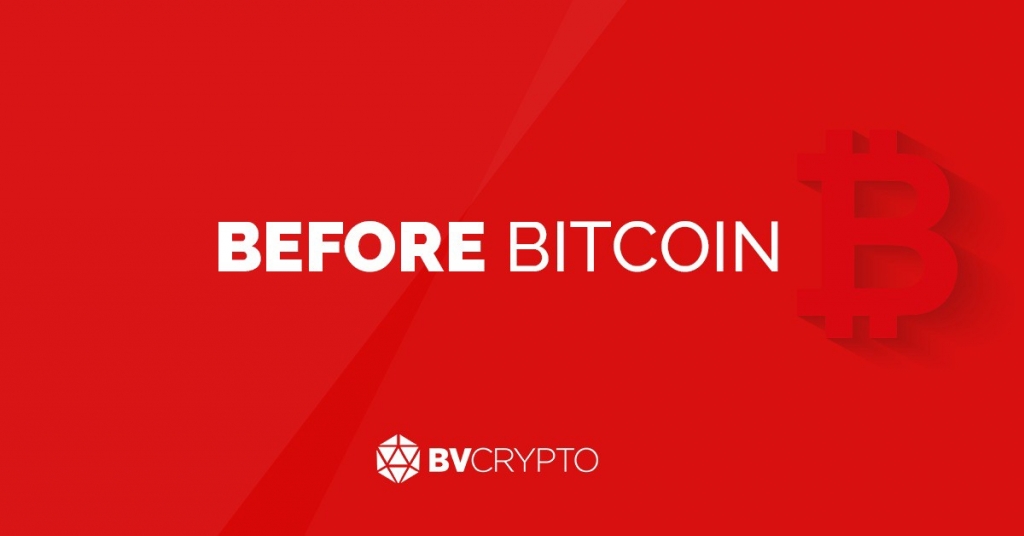 Before the release of Bitcoin’s whitepaper document, it is necessary to talk about the technology and understanding that underpins Bitcoin.
In the 1970s, we see that encryption techniques and cryptography improved as the world advanced into the internet age with technological developments. Considering that states’ control over societies has increased especially in the post-war period, the development of encryption techniques and cryptography is critical for the protection of personal privacy. In the same period, the concepts of public and private keys that we heard with Bitcoin emerged.
With the increasing widespread use of the Internet, cryptography has been also used to protect the privacy of individuals in the digital environment. Cyberpunk, which is one of the communities acting within this view, was established in 1993. It is important and remarkable that digital signatures and electronic money are also mentioned in the manifesto of this community, which emphasizes personal privacy.

When we look at the period before Bitcoin, another essential point that draws attention is Wikileaks and Julian Assange. Julian Assange, one of the names influenced by Cyberpunk, affected the whole world with Wikileaks, which he established to ensure the freedom of information of individuals.
Therefore, it seems that the foundations of Bitcoin are based on the development of cryptography techniques long before the writing of the whitepaper and the demands of individuals for privacy and freedom on the internet. Additionally, before Bitcoin, Bitcoin-like initiatives such as DigiCash by David Chaum , b-money by Wei-Dai, and Bit Gold by Nick Szabo have already been actualized, but have not been successful. Developing step by step, these movements generated Bitcoin that has the aim of financial independence in 2008. It is known that the founder person or group still maintains its anonymity and uses the name Satoshi Nakamoto on the internet.

Whitepaper states Bitcoin’s purpose, way of work, and principles. To state it briefly, Bitcoin is a decentralized cryptocurrency that allows peer-to-peer money transfers. It has a steady monetary policy and is resistant to inflation. One of the founding purposes is to be used as a means of payment in daily life.

When we examine the monetary policy apart from what Bitcoin does and its technical details, it is seen that a monetary tightening policy, which gradually hardens over time, is followed instead of monetary expansion.

Considering that the world was struggling with the economic crisis in 2008 when the Whitepaper was published, it is ironic that this policy contradicts the increasing monetary expansion policy of central banks. In the same period, unlike Bitcoin, central banks followed a serious monetary expansion policy, mitigating and delaying the effects of the crisis. However, they also caused a decrease in the values of the country currencies such as USD-Euro. This decline has also had a positive effect on the valuation of Bitcoin, which has inflation-resistant properties like gold, leading it to reach 20,000 USD at the end of 2017. Due to this valuation and technological infrastructure, Bitcoin quickly reached wide recognition, creating a new ecosystem.

This recognition of Bitcoin not only created a fan base, but also enabled negative opinions to spread due to false information. The most common of these views are ‘Bitcoin is for criminals’, which is popular especially among states, with the view that ‘Bitcoin is the biggest bubble in history’, mostly defended by traditional economists. As a matter of fact, there have been countries such as China that banned cryptocurrency within the country.

As of the beginning of 2018, after the price reduction in Bitcoin, there were many institutional companies that took advantage of this and made investments. Individually large-scale demand and experiencing new cryptocurrency initiatives have enabled countries to introduce regulations for cryptocurrencies in order to meet social demand and ensure security standards. Cryptocurrencies, which have a much healthier infrastructure after these regulations, have entered an increasing integration process, particularly in the institutional field. With the integration, the image of Bitcoin being used for crime has also gradually decreased. As a matter of fact, it has been proven, with also statistics, by the results of the researches that Bitcoin is not used for crime. This process overcame the bias of states and central banks, leading them to the process of creating their own cryptocurrencies. The bubble theory of economists, on the other hand, collapsed with the fact that Bitcoin has been working without any disruptions since its establishment, and recovering again despite price decreases.

From Past to Present

We talked about Bitcoin’s history. Now let’s take a look at the episode in the development process briefly.

After 2017, the Bitcoin price dropped off drastically. Nonetheless, such a rise in price made Bitcoin widely recognized. The period between 2018–2020 was a period where regulations and infrastructure works in the market were discussed rather than the Bitcoin price.
During this period, almost every country that has a say economically in the world has been interested in or developed the regulations and formations related to cryptocurrencies. As the access channels to Bitcoin increased gradually, mining and fund investments increased due to investors who took advantage of the price decrease.

Today, among the remarkable issues there are;

When these items are compared with the events in the development period of Bitcoin, it is an indisputable fact that Bitcoin and cryptocurrencies have promoted to the upper league. It can be said that Bitcoin is in the period of dominating the markets by completing the process of proving itself.
After 12 years, which can be considered a short period of time for such an innovation in finance, Bitcoin is among the world’s largest companies with a market size of $289+ billion, just behind Paypal. The entire cryptocurrency market has a market size of $441.5+ billion with 7,596 coins.

It is possible to give both positive and negative answers to this question in the 12th year of the Bitcoin whitepaper document. We mentioned above that Bitcoin has gone through a serious financial rise, recognition, integration process. However, it cannot be said that the ideals written in the whitepaper document and the current situation fully match.
Bitcoin was depicted as a decentralized payment tool that is resistant to inflation and that we can use in our daily payments. At this point, let’s examine Bitcoin ideals item by item.

Bitcoin does not have an owner or does not belong to a company. In this sense, Bitcoin is decentralized. Nevertheless, nowadays, the miners who make the system work by approving the production of Bitcoin and transactions on the network have gradually taken a centralized structure. The centrality created by mining pools makes those who want to share the income obtained from mining operations share the income after putting money into the pool. Mining devices are located in the factories of the pool owner company. The high capital of pool owner companies, and therefore mining devices, is increasingly eliminating small investors. Due to this situation, up to 60% of mining is done in China today. Cheap electric power in the Chinese region is another factor that promotes this situation. As a result, such centralization of miners is contrary to Bitcoin’s philosophy. In any problem that may arise due to mining, Bitcoin can continue on its way with a new fork on blockchain. However, this will have a negative impact on reputation.

When compared to banks in cross-border transactions, Bitcoin, which realizes banks’ transaction times of 2–3 days within hours or even in minutes, does not have the same performance in daily payments. Bitcoin has a relatively ungainly structure due to the rules with which it is coded. Today, we can make our payments in seconds with the credit cards of service providers such as VISA, Master Card, Maestro, other than cash. This is because these service providers can confirm between 1500–2000 transactions per second. Nonetheless, Bitcoin can confirm about 5 transactions per second. Therefore, it is unfavorable for daily life expenses that require fast payment. Due to this characteristics, there is a tendency to classify Bitcoin as a commodity rather than a currency in many countries that realized regulation. Due to its characteristics, the fact that Bitcoin was presented as digital gold from time to time has gradually pushed it towards this area.

Showing a clear success in this sense, Bitcoin has been in a continuous rise since the year it was put into practice, even if it seems as a risky currency in the short and medium term. Although Bitcoin, which has a suitable monetary policy and infrastructure due to its limited supply and pushing factors such as halving, sometimes frightens short and medium-term investors due to its sharp rises and subsequent declines, long-term investors have always earned much higher returns than inflation. Especially in the Covid-19 period, after the collapse of the markets, there were recoveries in commodities and markets with the policies of central banks. When a comparison is performed between commodities and markets, Bitcoin has risen by about 195% since the market crash due to Covid-19, showing that it is by far the right choice.

Specific to the above 3 items, it is seen that there are some differences between the Bitcoin ideals created by Satoshi Nakamoto and the realities today. Despite these differences, it can also be said that Satoshi is happy because of the impressive point Bitcoin has come to, or that he is unhappy because his ideals are not fully realized. But as a result, Bitcoin itself and the cryptocurrency economy brought by Bitcoin attracts more and more attention of people and companies every day. With this interest, the bias of the traditional segment, which is more distant to technological developments, is gradually breaking down. It is not difficult to predict that states and central banks will be increasingly integrated into Bitcoin and its ecosystem to meet this demand after the interest of societies soar. Therefore, it would not be wrong to say that we will see Bitcoin and cryptocurrencies much more frequently in every aspect of our daily life in the future.

Thanks to Satoshi, who changed our lives by taking a very innovative first step in the financial markets of the future. Many happy 12 years with Bitcoin…