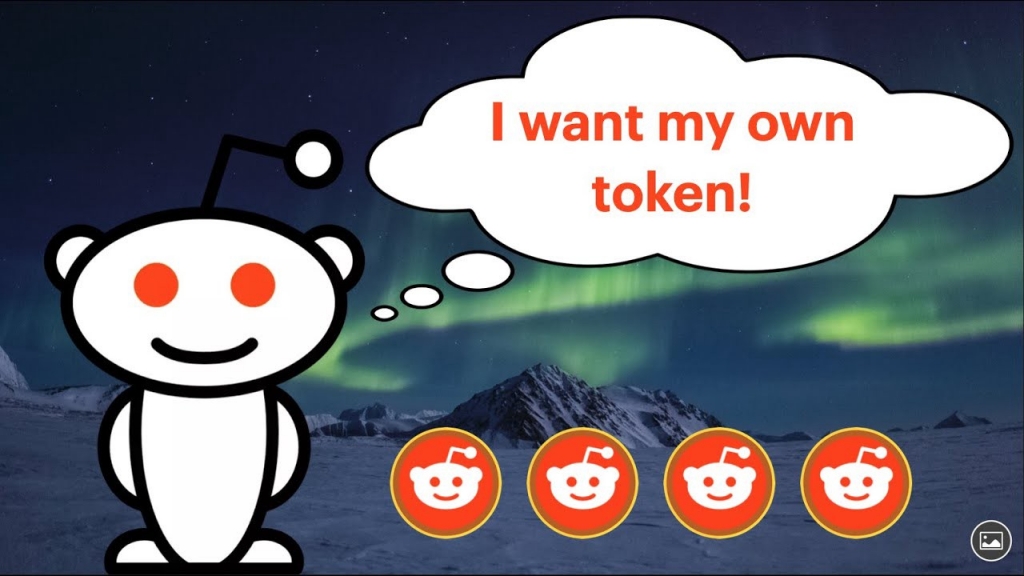 Besides large companies, such as Facebook and Telegram, which have already launched their crypto projects, Reddit also took its place. However, for various reasons, Libra, the token of Facebook, and Ton, the token of Telegram, are not yet started to be used. On the other hand, Reddit officially started the beta test with 2 tokens.

There are approximately 100 million (uniq) wallets in the Ethereum network. Therefore, this initiative of Reddit, which has more than 400 million users, is very important for both the crypto world and Ethereum.
Since the distribution of tokens named Brick and Moon depends on Karma points, it is necessary to give brief information about the Karma system before examining the tokens.

When you become a member of the Reddit platform, you can comment on the topics already created and answer the comments. And, you can also create a post/subject title. Karma points are determined by whether the comments you make or the topic you create are liked by other users. If Reddit members like your comment or topic title, your karma points increase, and if not, your karma points decrease.
Reddit users enjoy various advantages over their karma points. The announced Brick and Moon tokens will be proportionately distributed to users having 100 or more karma points. Consequently, Reddit members will determine to whom the tokens will be distributed.

On the Reddit platform, there are groups/communities. Reddit is a platform where people with the same interests gather and use it only for discussion and communication in a particular field. Brick and Moon tokens were also produced exclusively for certain community members.

A brick will be serving for the community of Fortnite, one of the most popular online games of recent times, and Moon will be serving the users in the cryptocurrency community. The total number of members of the two communities is over 2 million.

In particular, it is possible to say that the Fortnite community has a high interest in Brick tokens. As of May 28, there are 12,842 Brick users and 2,840 Moon users.

As mentioned at the beginning of the article, tokens will be used to reward users’ titles and/or comments. Various advantages to be provided for the token owners:

They will have access to features such as special badges and GIFs that can only be sold with Brick and Moon.
In surveys on Reddit, a standard user has the right to vote for once. Token owners can have an additional vote right for each token they own.

Token owners can buy features such as Reddit Special Membership by spending their tokens.

Token holders can tip tokens to other users whose works or opinions they support.

Having more tokens means you are liked by your community. For this reason, the dignity of users can be understood through tokens.

2 tokens created are both ERC-20 based. It was announced that one of the main purposes of choosing the Ethereum network is the interoperability feature. This creates the possibility that tokens on the Reddit network may be used on various platforms and networks in the future.

The Vault tab you will access through the app is a crypto wallet provided by Reddit. You can see all the Reddit based tokens you have in this wallet.

There is a “public key” to share with people like any crypto wallet and a “private key” to access your wallet.
Reddit has no power of enforcement on tokens. All control and responsibility belong to the user as the tokens are distributed. The user can store, spend and transfer these tokens as s/he wishes.
Like every crypto wallet, your balance and transactions in your wallet are public. Your Reddit username is your wallet name.

Like every Erc-20 token, Moon and Brick can be transferred to any wallet or platform that supports Erc-20 infrastructure. However, this feature is not active yet since the Rinkeby testnet is used. Therefore, it is recommended to follow the announcements.

Any information of token owners on Reddit won’t be shared to Ethereum.

When users spend their tokens on Reddit, tokens will not return to Reddit. The spent tokens are burned and removed from circulation.

“Special Membership” feature mentioned in the advantages section can be directly bought in USD. In such a case, Reddit will burn the tokens it owns compared to the amount of payment it receives and removes it from circulation.

For example, 20 USD is paid to Reddit for special membership. In this case, Reddit will remove the token amounting to $ 20 by burning it.

Reddit adds 50% of the total tokens burned every month to the distribution of the next month. Thanks to this system, even if the total supply determined as 250 million is distributed, the award distribution is planned to continue.

The right to 1 vote for every 1 point mentioned in the Advantages section is valid only for the points that the user earns. Points transferred by others or taken as a tip are not valid. Therefore, the extra voting right cannot be bought but it can be earned.

Tokens are distributed monthly according to the users’ karma points. However, the final decision on to whom the tokens will be distributed is determined by the community users.

Before the token distribution date every month, Reddit publishes a list of people who earn the most karma points and announces the token winners.

The community has one week to review the list. If the community does not accept this list, it can create a new list and submit it for voting.

If the list submitted to the vote reaches a sufficient number of votes, it becomes valid, and the distribution of tokens changes.

If more than one list reaches a sufficient number of votes, the most voted list is selected.